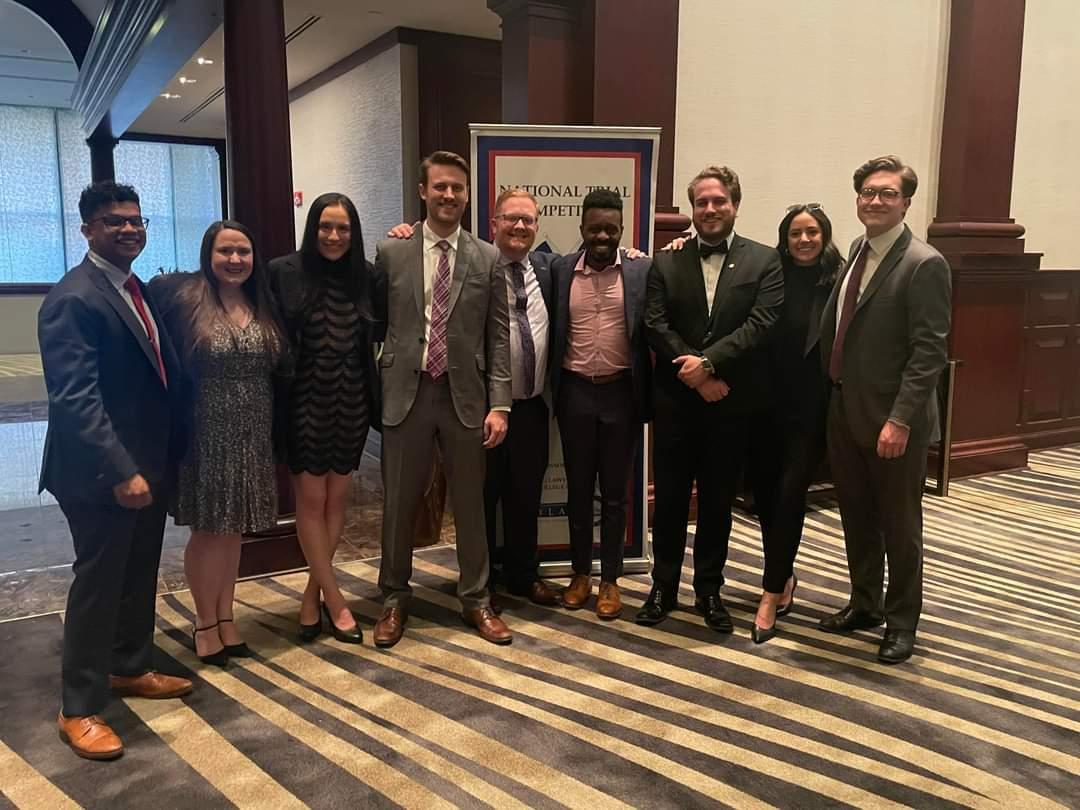 The NCAA tournament wasn’t the only “March madness” last week. While Duke, UNC, Kansas and Villanova were fighting it out at the Superdome, the mock trial team from Case Western Reserve University School of Law made it to the final four at the national championship of the 47th annual National Trial Competition (NTC) in Fort Worth, Texas, March 30–April 3. 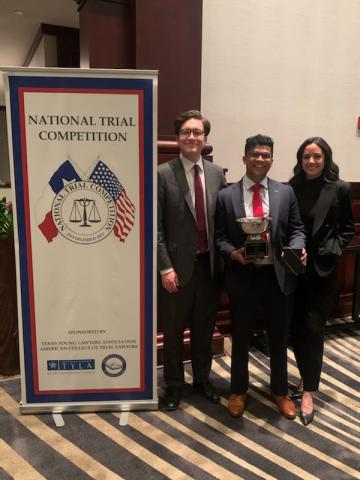 The team of Andrew Thompson (2L), Athavan Balendran (3L) and Elena Gutbrod (3L) litigated through five rounds of competition to become one of the top four teams in the country.

The team of Athavan Balendran (3L), Elena Gutbrod (3L) and Andrew Thompson (2L) litigated through five incredible rounds of competition to become one of the top four teams in the country. They defeated two teams from the University of California, Berkeley, as well as teams from Texas A&M and Northwestern, before eventually falling to the eventual national champions, UCLA School of Law, in the semifinals.

The team of Maddie Kelley (3L), Jake Doerr (3L) and Dave Walters (2L) also put forth an impressive performance, tying for eighth place and narrowly missing out on advancing to the quarterfinals through multiple levels of tiebreakers. They defeated teams from USC and Mercer, and narrowly lost a round to Villanova.

CWRU teams also swept the top three spots at this fall's Case Classic Mock Trial Competition, which attracts teams from around the country.

Another CWRU Mock Trial team consisting of Jordan Weeks, Pammy Boulos, Owen Carpenter and Evan Adeen, made it to the quarter final round of the American Association for Justice Mock Trial Competition held March 10–12.

Based on CWRU’s recent record of mock trial success, the law school’s trial advocacy program received an A+ ranking in the winter 2022 issue of preLaw magazine.