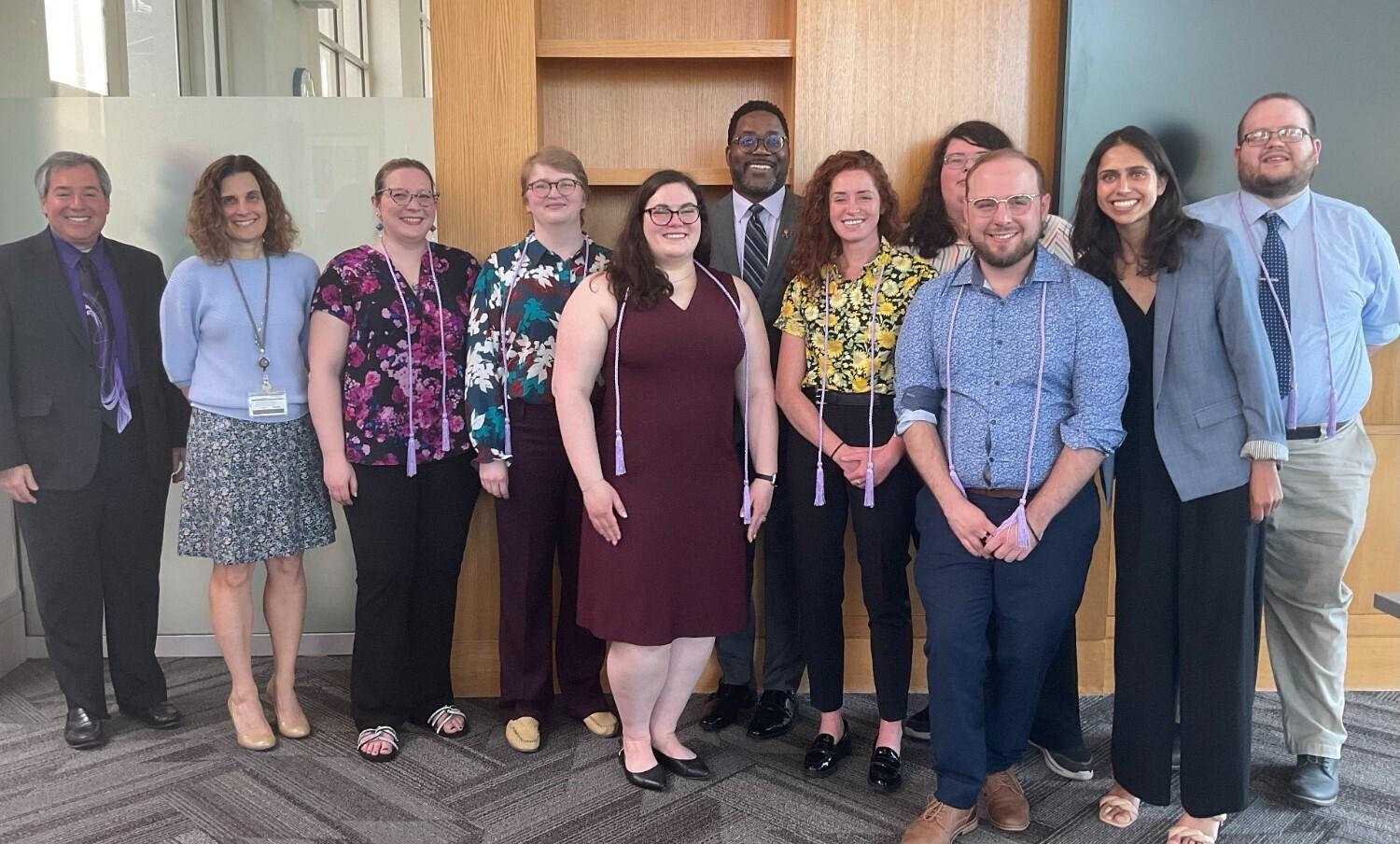 The School of Law at Case Western Reserve University recently honored its LGBTQIA+ students with its first Lavender Graduation ceremony, celebrating the achievements of our graduating LGBTQIA+ students and their allies and showing appreciation for their contributions to the law school community. Along with our Sankofa Celebration in April, which honored our Black law student graduates, the Lavender celebration will become an annual part of the law school’s culture and graduation ceremonies.

Lavender Graduation ceremonies began in 1995 at the University of Michigan and, presently, over 40 colleges and universities nationwide hold celebrations. Ceremonies are marked by the draping of a lavender cord on the graduate’s shoulders. The cord symbolizes a special honor to graduates who, while overcoming the unique hurdles many of them faced, demonstrated determination, perseverance and resilience in achieving their scholarly and professional goals.

The color lavender has its own fascinating, fraught, but ultimately triumphant history. Lavender became associated with queer culture as early as the 7th century B.C., best exemplified in the writing of the poet Sappho. During the early 1900s, the color adorned the clothing of leaders of Aestheticism and its proponents such as Oscar Wilde.

The color was cruelly lexicalized during the 1930s and WWII (the pink triangle) to dehumanize and mark gays and lesbians. It was only in the late 1960s—1969 to be precise, after the Stonewall Uprising—that lavender became a symbol of empowerment in the LGBTQIA+ community. The color, and the triangle, were reclaimed to signify pride.

We are proud of our graduating LGBTQIA+ students and honored they chose CWRU School of Law to help them further their professional development and identity to bring their whole selves into their careers. We wish them well as they embark on a new chapter in their professional lives and know that they will make positive impacts in the legal profession.