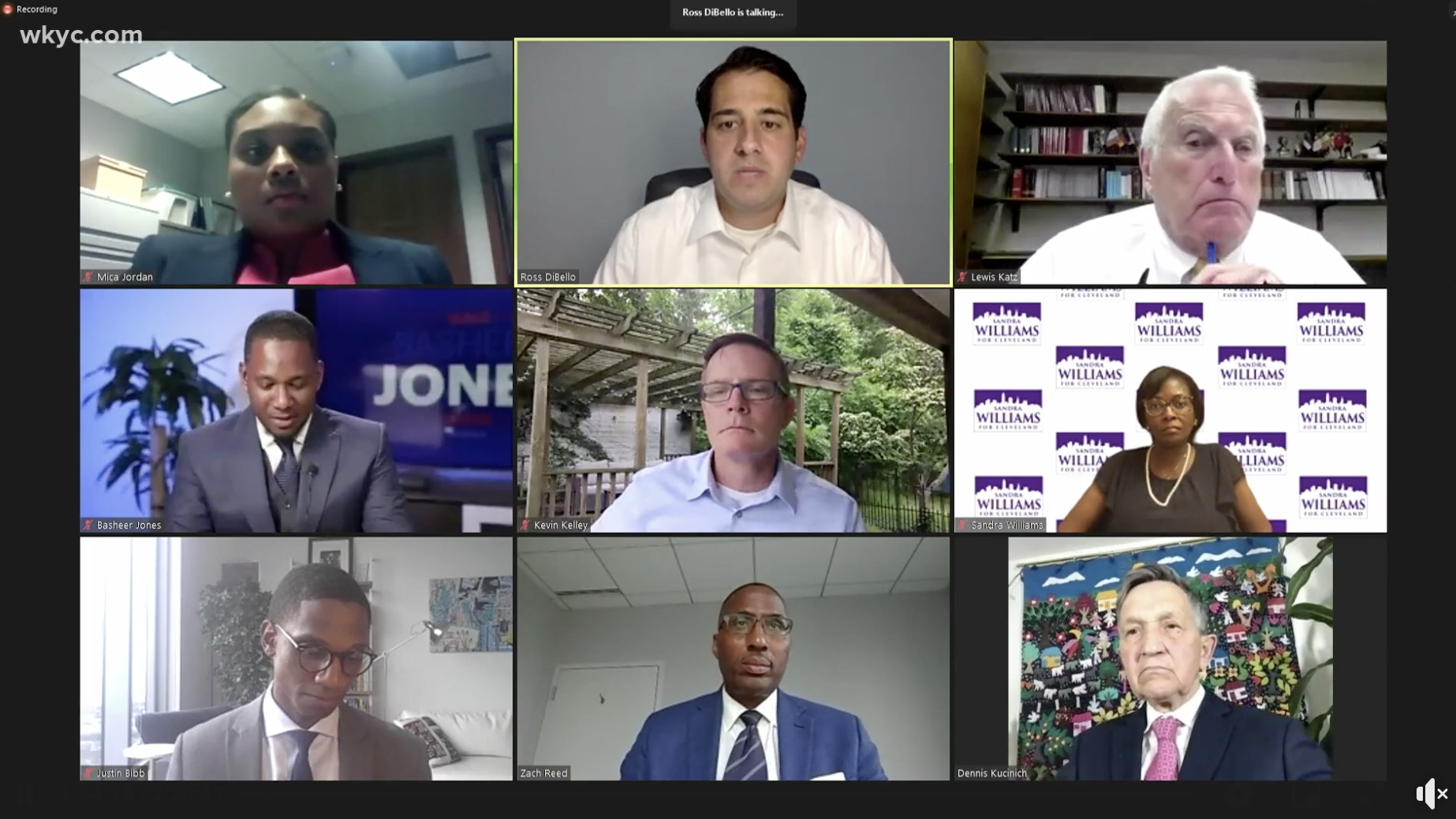 In a time when Cleveland, like many communities across the country, is grappling with the need for police reform, voters want to be informed on political candidates’ positions on police reform.

All eight candidates who have entered the race for mayor were invited to partake in the event—seven of them participated (Justin Bibb, Ross Dibello, Basheer Jones, Kevin Kelley, Dennis Kucinich, Zack Reed, Landry Simmons and Sandra Williams). It was the first time nearly all the candidates appeared together at a public session.

Moderated by CWRU School of Law Emeritus Professor Lewis Katz, the forum was webcast by the university and livestreamed by WOVU-FM, WERE-AM and on the WKYC-TV (NBC) Facebook page and YouTube channel, where it garnered over 1,800 views. The video is available to view on the school's website.

“Professor Hardaway is an exceptional member of our faculty, recognized nationally for her expertise on issues involving race, policing, consent decrees and civil rights.” Dean Scharf said.  “Her departure from the monitoring team is a loss to the city.”

During the two-hour forum, the candidates answered tough questions regarding their views on police-community relations, the Consent Decree, how well police reforms are working in Cleveland and what more they believe should be done.