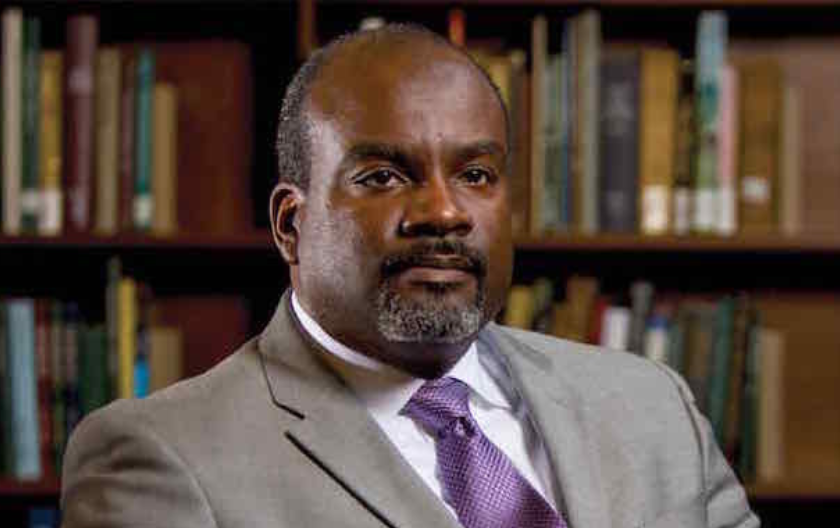 ”We are excited by the addition of Professor Ellis to our faculty,” said Co-Dean Jessica Berg. “He is a nationally recognized scholar and prominent voice on matters of race, voting rights and election law—areas of particular importance in Ohio and the nation at this time.”

Professor Ellis has published dozens of law review articles and multiple book chapters on those subjects and has a book project in the works consolidating and expanding upon his research concerning the role of race and disinformation in debates over voter eligibility and voting fraud. He is also one of the contributing authors to the forthcoming edition of the late Harvard Professor Derrick Bell’s landmark casebook Race, Racism, and American Law. Professor Ellis’ scholarly works have been widely cited, and in light of his extensive publication record and excellent reputation, he is a frequent public commentator and is routinely invited to participate in academic symposia and forums on issues related to voting rights and race.

The law school also made a secondary appointment to Professor Ellis’ spouse, Jessica Wolfendale, who was appointed to a tenured full professorship in the Case Western Reserve Department of Philosophy. She has published extensively and taught courses on terrorism, the ethics of torture, national security, military ethics, just war theory, and war crimes. Her most recent book, War Crimes: Causes, Excuses, and Blame, (coauthored with Matthew Talbert) was published by Oxford University Press in 2018. Professor Wolfendale is currently working on a book project on the toleration of torture in the criminal justice and national security contexts.

“She will make an important contribution to the work of the Law School's Cox International Law Center, War Crimes Research Office, and Institute for Global Security Law and Policy, as well as our new dual JD/MA in Military Ethics,” said Co-Dean Michael Scharf.