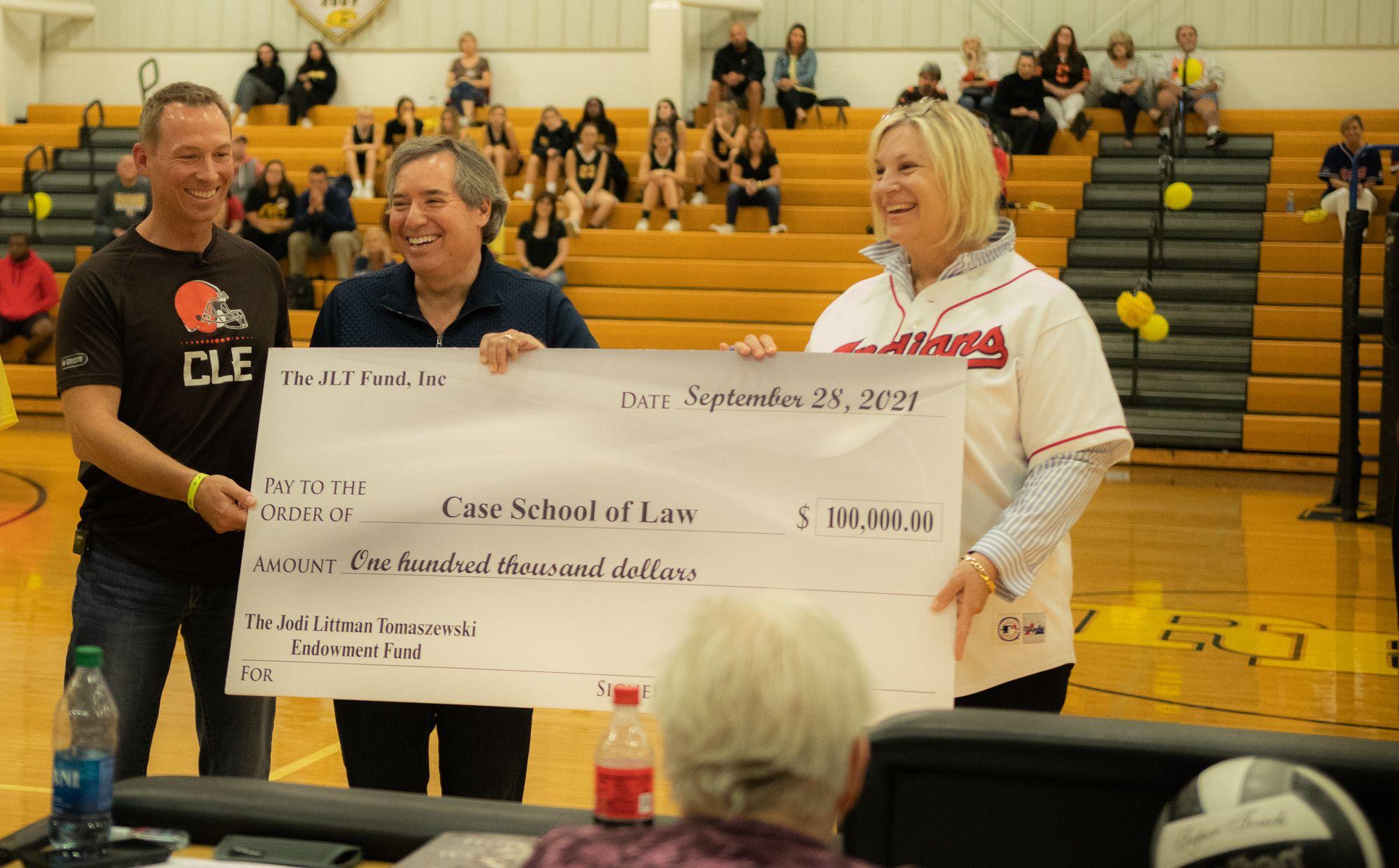 When Jodi Littman Tomaszewski (CWR ’95, LAW ’99) died unexpectedly in June, her friends and colleagues were shocked— and spurred to action in her memory. In weeks, nearly 500 former classmates, colleagues, friends and family members contributed more than $100,000 to support a scholarship at Case Western Reserve University School of Law in the double alumna’s honor.

On September 28, the Painesville community joined the effort, raising thousands more for the scholarship in a special volleyball tournament at Riverside High School dedicated to the effort.  Hundreds came out to support the event, giving it the feel of a state championship. The Painesville girl’s volleyball team wore specially designed t-shirts in her memory.  And her daughter served for the winning point.

The scholarship will be awarded to an academically exceptional second- or third-year student—giving a School of Law student the critical financial support they need at the same time period when Tomaszewski launched her career.

Tomaszewski began clerking at Dworken and Bernstein Co., LPA, during law school in 1997—and she never left. A decade later, the Painesville, Ohio, firm named her a partner, the first woman in its history. Throughout Tomaszewski’s career, “she set an example not just for her girls [daughters Emma, Chloe and Paige], but for all young women who strive to balance a career and family,” said former classmate Lesley Gordon (LAW ’99).

In addition to the volleyball tournament, her friends and family plan to sponsor an annual golf outing to increase the scholarship endowment and keep her memory alive, her husband, Jeff, said.

“While Jodi was a fantastic lawyer, she was an even better person,” said longtime colleague Richard Selby (CWR ’89, LAW ’92). “Everyone who came into contact with Jodi—clients, co- workers, colleagues, friends, family—are all better people for having had her in their life.”

To donate to the scholarship fund, visit here.