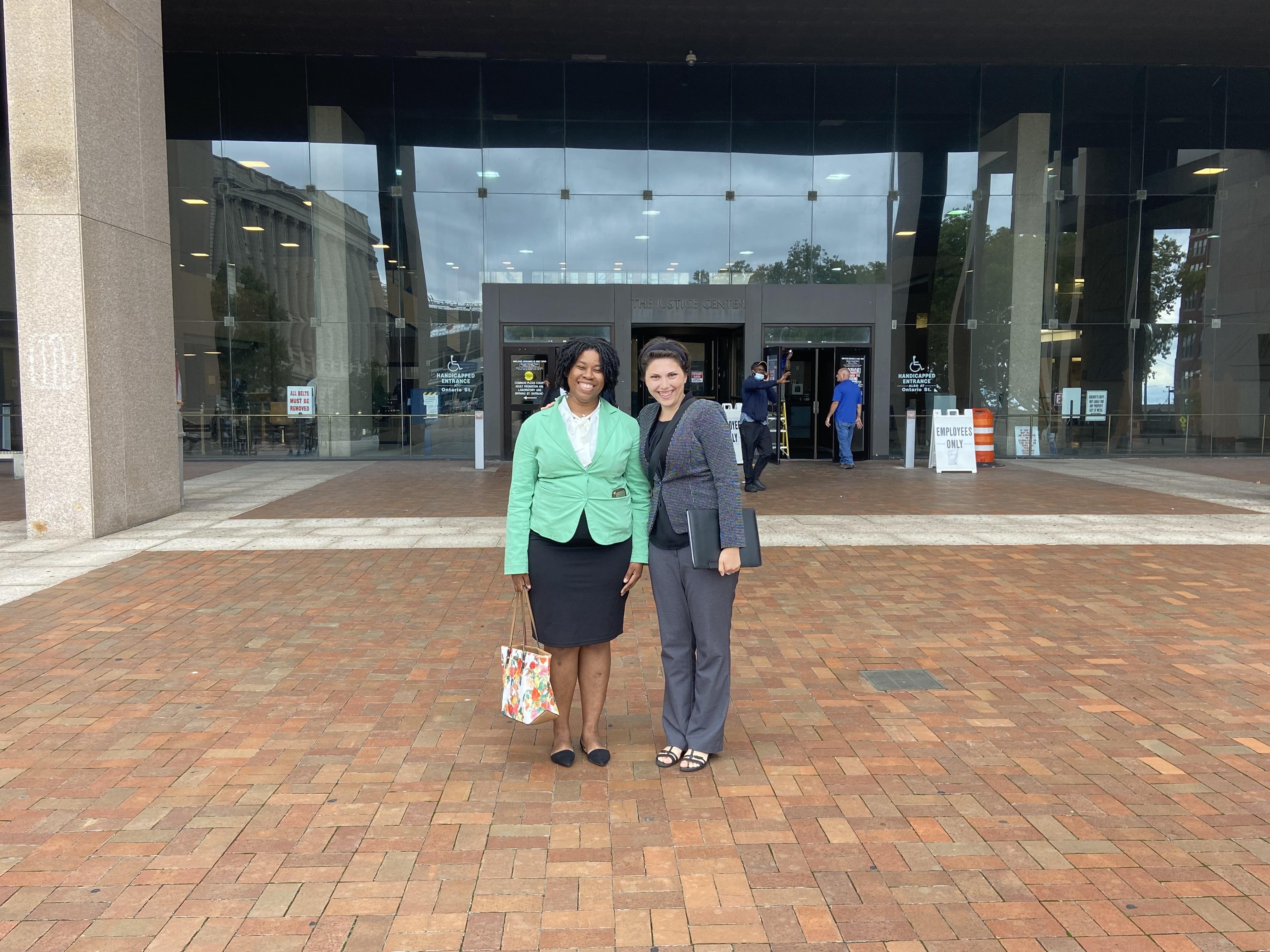 Students in the Kramer Law Clinic’s Second Chance Reentry Clinic have been fortunate to hit the ground running by arguing motions and questioning witnesses in court just one month into the fall semester.

On September 12th, Reentry Clinic students Maggie Kinkopf and Magda Phillips attended hearings in the Cleveland Municipal Court. Both students represented a client who was applying to have their criminal record sealed for employment purposes. Kinkopf argued on behalf of an individual with dismissed felony charges, and Phillips argued on behalf of an individual with a misdemeanor conviction. Both were successful, and the court ordered the clients’ records sealed.

On September 28th, Kinkopf and Phillips were in the Cuyahoga County Juvenile Court for a child visitation trial. The clinic represented an individual seeking to establish formal visitation with their child after a period of incarceration. Kinkopf and Phillips played crucial roles in the questioning of witnesses, and the clinic was successful in getting visitation established for their client. The students are supervised by Reentry Clinic Fellow, Hannah Christ.