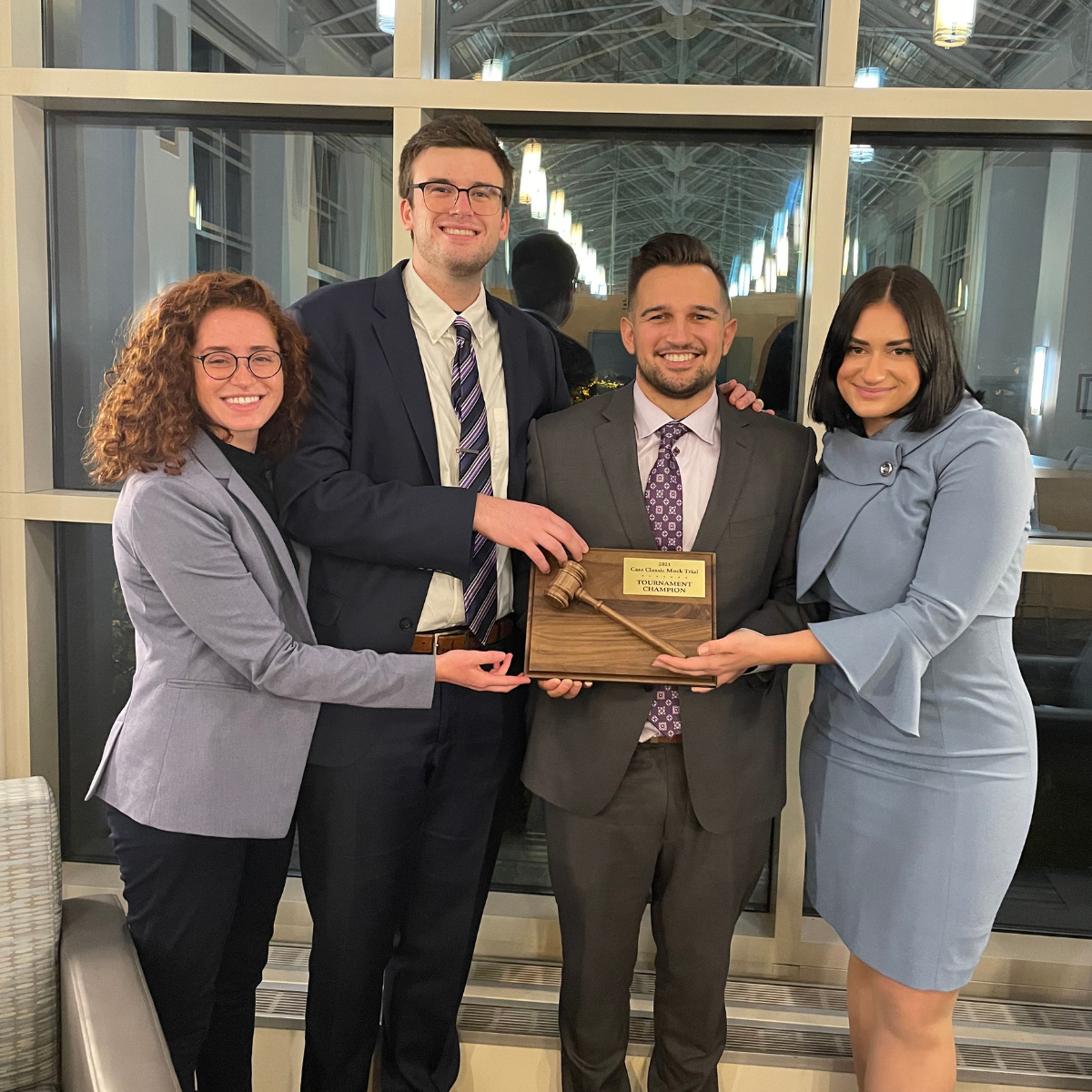 This year's problem was a civil case involving a wrongful death lawsuit alleging negligence against a fraternity. A 20-year-old female sustained fatal injuries after falling from a lifeguard chair at a fraternity party.

"This year, Mock Trial team members have demonstrated incredible resilience and adaptability by competing in person for the first time after the pandemic moved all competitions to a virtual format in 2020. The team's successes so far show the team members' natural talent and hard-working attitude," said Sean Sweeney (LAW '17), one of the team coaches.