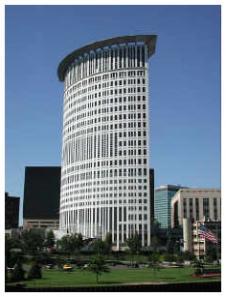 Update:  On Feb. 1, 2022, the U.S. Senate voted to confirm CWRU School of Law alums Bridget Brennan (LAW '00) and Charles Esque Fleming (LAW '90) to become judges on the U.S. District Court for the Northern District of Ohio.

Since its founding 129 years ago, Case Western Reserve University School of Law has had a long list of graduates who have served as federal judges. This week, the White House announced the nomination of two more Case Law alums—Bridget Meehan Brennan (LAW '00) and Charles Esque Fleming (LAW ‘90)—who may join their honored ranks.

After graduating from Case Western Reserve, Brennan was an associate at BakerHostetler and then served in the U.S. Attorney’s Office from 2007–present, where she was chief of the Civil Rights Unit, chief of the Criminal Division, first assistant U.S. Attorney, and ultimately, acting U.S. Attorney for the Northern District of Ohio.

Fleming began his career as an associate at Forbes, Forbes & Associates and then served as assistant federal public defender for the Northern District of Ohio since 1991. Noted for his courtroom acumen, Fleming was investigative staff supervisor from 2010–2016 and Cleveland trial team supervisor from 2016–2021.