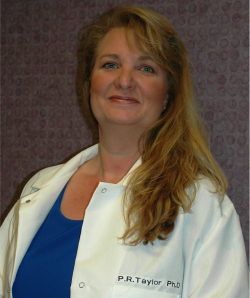 There are approximately 30 million people diagnosed with diabetes, with an additional 86 million being treated for pre-diabetes, and this epidemic continues to rise annually in the United States. Almost all Type I and more than half of Type II diabetics develop diabetic retinopathy. This is why diabetic retinopathy is the leading cause of blindness in the working-age population in the Western world. With such a significant health issue, new drug targets are required to stay abreast of the financial and physical threat posed by this visual disorder.

One of the most promising sources of such a therapeutic target lies within the immune system. The alteration of the immune system mediates much of the pathogenesis in diabetic complications through protein cytokine production. Interleukin-17A (IL-17A) is one of the most prevalent cytokines involved in the onset and progression of diabetes. Recently, we discovered that IL-17A plays a pathological role in retinal oxidative stress, inflammation, vascular leakage, and capillary non-perfusion. It was discovered that diabetes mediates leukocytes in the retinal vasculature to produce IL-17A. It was further discovered that multiple retina cells constitutively express the IL-17A receptor (IL-17R). When IL-17A binds to its receptor, adaptor molecule CIKS (Connection to IB Kinase and Stress activated protein) initiates a signaling cascade through TRAF (TNF receptor associated factor) proteins, wherein TRAF4 and TRAF6 signaling initiate inflammation. Our current study is supported by a NEI R01 grant, and focuses on identifying therapeutics for diabetic retinopathy by immunomodulating TRAF signaling proteins.

Previous cancer studies provide evidence that IL-17A induces anti-VEGF drug resistance. In our VA Merit funded clinical studies, we are examining if IL-17A plays the same role in patients that do not respond to anti-VEGF treatments for diabetic retinopathy. Taken together, these studies will define the role of IL-17A in the onset and progression of diabetic retinopathy, while potentially identifying a novel therapeutic for retinal pathogenesis.