Revitalizing our Community and Reimagining the Future 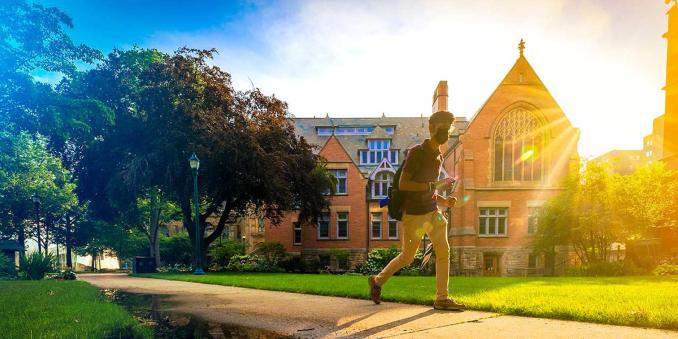 Partnering to propel a neighborhood’s renewal

Cleveland’s Buckeye-Woodhill neighborhood sits just a mile southwest of Case Western Reserve’s campus, but to Debbie Wilber, it feels like “a world away.” 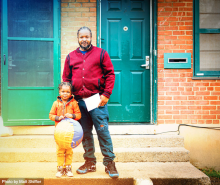 After joining the Jack, Joseph and Morton Mandel School of Applied Social Sciences in 2020 as assistant director of its National Initiative on Mixed-Income Communities (NIMC), Wilber led an ambitious grant application process to narrow this divide. Thanks to her “quarterbacking,” Cleveland became one of five U.S. communities to receive a combined $160 million to revitalize the distressed neighborhood.

“Housing matters. But more than that, community matters,” Wilber said of the importance of intentionally designed, inclusive neighborhoods. “I love thinking about and influencing how communities are designed, who designs them and how we can ensure that they are places where everyone can thrive.”

“This is an opportunity to give residents the housing, amenities and quality of life they have always deserved and have worked tirelessly to achieve, despite incredible barriers.”

The power of connection

If not for a core group of friends, Anthony Nunnery admits he probably wouldn’t have finished college. Instead, the New Orleans native earned bachelor’s degrees in psychology and sociology last spring as part of Case Western Reserve’s first class of Posse Scholars.

Through the program, the Posse Foundation partners communities and campuses in an innovative model designed to give promising urban students like Nunnery a greater chance to succeed. By sending young people from the same city to a single university, the foundation ensures they arrive with a peer support system already in place.

After Nunnery’s “posse”—nine students who joined him at CWRU in 2017—helped him overcome his own early doubts, he soon was helping others, serving as a resident assistant and joining a campus group championing diversity.

He is now a social science research assistant at the Center on Trauma and Adversity and hopes to become a clinical psychologist who works with marginalized communities.

Vice President for Enrollment Management Rick Bischoff appreciates the mutually beneficial impact of partnering with Posse, but emphasizes an even more important outcome: “It’s what they’re going to do out there in the world,” he said, “that’s going to be powerful.”