This presentation will propose a transformation of the digital humanities so that innovations are sociological and not only technical. Martha Nell Smith — Distinguished Scholar-Teacher and Professor of English at the University of Maryland and Founding Director of the Maryland Institute for Technology in the Humanities — will offer critical observations re digital archives related to the poems of Emily Dickinson. These examples will be used to recommend ways in which methods generated by feminist critical theory can advance the work of digital humanities, scholarly editing, and information studies. Professor Smith will argue that the frozen social relations of old critical orders can and should be thawed in order to enable sociological innovations, along with new kinds of synergies for knowledge production. 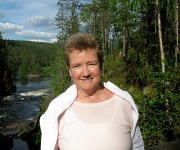 The recipient of numerous awards from the National Endowment for the Humanities (NEH), the American Council of Learned Societies (ACLS), the Mellon Foundation, and the Fund for the Improvement of Postsecondary Education (FIPSE) for her work on Dickinson, American literary history, and in new media, Smith is a founding board member of the Emily Dickinson International Society (EDIS). On the editorial board and steering committee of NINES (Networked Interface for Nineteenth-Century Electronic Scholarship; ), she serves in an advisory capacity for C19: The Society of Nineteenth-Century Americanists, and is on numerous advisory boards of digital literary projects such as The Poetess Archive, Digital Dickens, and the Melville Electronic Library (MEL). A leader in innovations in academic publishing, Smith served on the Executive Council of the Association for Computers in the Humanities (2001-2004), co-chaired the Modern Language Association (MLA)’s Committee on Scholarly Editions (CSE, 2004-2008), and chaired the University of Maryland’s Library Council (2008-2011).

For outstanding scholarly achievement and innovative leadership in which diversity inheres in any definition of excellence, Livingston College at Rutgers University awarded Smith its Distinguished Alumni Award in 2009, the highest honor that the college bestows upon its former students. In 2010, Smith was named a Distinguished Scholar-Teacher at the University of Maryland, and in 2011 she was appointed ADVANCE Professor in the College of Arts and Humanities as part of a NSF-funded project to cultivate inclusive excellence, and in 2012 was appointed an ADVANCE Fellow. In May 2011, Smith was voted Chair-Elect of the University of Maryland Senate, and became Chair in May 2012.