Shakespeare has played a significant role in American literary and political culture since the time of the Revolution. Drawing upon his recent anthology for the Library of America — “Shakespeare in America”– James Shapiro, Larry Miller Professor of English and Comparative Literature at Columbia University, considers the alternative history of our nation conveyed in the work of representative American authors, exploring how Shakespeare has served a means to confront some of the issues that have long divided us as a nation.

This lecture, in memory of Walter A. Strauss (1923-2008), who was the Elizabeth and William T. Treuhaft Professor of Humanities, was generously supported by funds provided by The Paul Wurzburger Endowment. 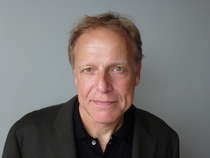 He the author of Rival Playwrights: Marlowe, Jonson, Shakespeare (1991); Shakespeare and the Jews (1996); Oberammergau: The Troubling Story of the World’s Most Famous Passion Play (2000); 1599: A Year in the Life of William Shakespeare (2005), which was awarded the Samuel Johnson Prize for the best non-fiction book published in Britain; Contested Will (2010), which was awarded the Theater Library Association’s George Freedley Memorial Award; and has edited an anthology on Shakespeare in America for the Library of America (2014). His 3-hour documentary on late Shakespeare–“The King and the Playwright”–aired on BBC4 in 2012 and his “The Mysterious Mr. Webster” on BBC2 in 2014. His next book, “The Year of Lear: Shakespeare in 1606,” is forthcoming from Simon & Schuster (in the US) and Faber & Faber (in the UK) in 2016.

His essays and reviews have appeared in the New York Times, the Guardian, the London Review of Books, the Los Angeles Times, The Chronicle of Higher Education, Bookforum, and the Financial Times. He has been awarded fellowships from the National Endowment for the Humanities, the Guggenheim Foundation, and The New York Public Library Cullman Center for Scholars and Writers.

In 2011 James Shapiro was inducted into the American Academy of Arts and Sciences.