Faculty Work-in-Progress — The Air War in the Museum: The Bombing of Dresden as History and Spectacle 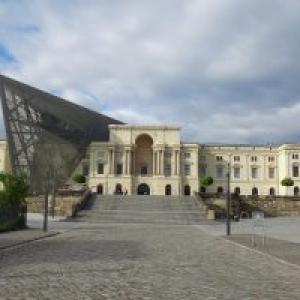 Susanne Vees-Gulani, Associate Professor of German in the Department of Modern Languages and Literatures, explores the representations of the 1945 destruction of the famous German baroque city in two new exhibition spaces – the Military History Museum of the German Armed Forces, redesigned by Daniel Libeskind, and the large-scale panorama installations by the architect Yadegar Asisi. Despite vastly different methodologies, both places favor an emotional experience over a factual analysis and in turn create opportunities for developing a new, possibly troubling, German nationalism. 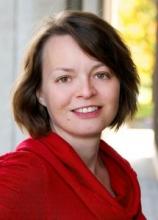 Her research focuses on 20th and 21st Century German literature and culture, the Second World War, postwar reconstruction and identity formation, trauma and memory studies, and science and literature. She is the author of Trauma and Guilt: Literature of Wartime Bombing in Germany (2003) and co-editor of Generational Shifts in Contemporary German Culture (2010). She is currently co-editing a special issue of the journal Seminar on “Representations of German War Experiences from the Eighteenth Century to the Present” (February 2014). Recent publications also include articles on Dieter Forte, W. G. Sebald, and Durs Grünbein, the rebuilding efforts in the city of Dresden, as well as the pictorial history of Dresden.

For 2010-2011, Dr. Vees-Gulani was awarded a National Endowment for the Humanities Fellowship to work on her book project about the origins and manifestations of the German victim discourse surrounding Dresden. She has also been a Freedman Fellow at CWRU (2012-2013) for her project to visualize digitally a network of relationships and factors informing the Dresden memory culture.

Dr. Vees-Gulani teaches courses in German literature and culture, world literature, as well as a SAGES first seminar on representations of trauma and memory.