Food Politics in 2018: A Humanities Perspective 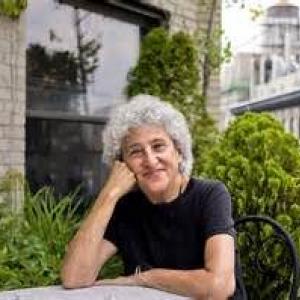 In this lecture Marion Nestle, Paulette Goddard Professor, of Nutrition, Food Studies, and Public Health, Emerita, at New York University, discusses the idea that the paradox of today’s globalized food system is that food insecurity or obesity threaten the health and welfare of half the world’s population.  Underlying these problems is an overabundant but inequitably distributed food system in which corporations are forced to expand markets to meet growth targets.   The contradiction between business and public health goals has led to a large and growing movement to promote more healthful, environmentally sound, and ethical food choices and to identify a more equitable balance between individual and societal responsibility for those choices.

Marion Nestle is a consumer advocate, nutritionist, award-winning author, and academic who specializes in the politics of food and dietary choice. Her research examines scientific, economic, and social influences on food choice and obesity, with an emphasis on the influence of food industry marketing. Her books explore issues like the effects of food production on dietary intake, food safety, and access to food and nutrition.

She is the author of the classic Food Politics: How the Food Industry Influences Nutrition and Health, now in its third edition. In 2003, Food Politics won awards from the Association of American Publishers, the James Beard Foundation, and World Hunger Year. Her second book, Safe Food: The Politics of Food Safety won the Steinhardt School of Education’s Griffiths Research Award in 2004.

Dr. Nestle’s book, What to Eat was named as one of Amazon’s top ten books of 2006 and a “Must Read” by Eating Well magazine; it also won the Better Life Award from the National Multiple Sclerosis Society and the James Beard Foundation book award for best food reference in 2007. She has also written; Pet Food Politics: The Chihuahua in the Coal Mine, a book about food safety, and Feed Your Pet Right, co-authored with Malden Nesheim. Why Calories Count: from Science to Politics, also with Malden Nesheim, won book of the year from the International Association of Culinary Professionals (IACP) in 2012. Her book, Eat, Drink, Vote: An Illustrated Guide to Food Politics also won an IACP book award in 2014. She appears frequently in documentary films, among them SuperSize Me! in 2004, A Place at the Table (2013), and Fed Up (2014).

Dr. Nestle’s most recent book Soda Politics: Taking on Big Soda (and Winning) is the winner of the 2016 James Beard Award for Writing & Literature. Marion Nestle is Paulette Goddard Professor in the Department of Nutrition, Food Studies, and Public Health (the department she chaired from 1988-2003) and Professor of Sociology at New York University. She also holds an appointment as visiting professor in the Cornell Division of Nutritional Sciences. She was awarded an Honorary Doctor of Science degree from Transylvania University in Kentucky in 2012. Her degrees include a Ph.D. in molecular biology and an M.P.H. in public health nutrition, both from the University of California, Berkeley.

Dr. Nestle has received many awards and honors, among them the Bard College Prison Initiative’s John Dewey Award for Distinguished Public Service (2010), the National Public Health Hero award from the University of California Berkeley School Of Public Health (2011), the James Beard Foundation Leadership Award (2013), and the Innovator of the Year Award from the United States Healthful Food Council (2014)..

Dr. Nestle’s first faculty position was in the Department of Biology at Brandeis University. From 1976-86 she was Associate Dean of the University of California San Francisco (UCSF) School of Medicine, where she taught nutrition to medical students, residents, and practicing physicians, and directed a nutrition education center sponsored by the American Cancer Society.

From 1986-88, she was senior nutrition policy advisor in the Department of Health and Human Services and managing editor of the 1988 Surgeon General’s Report on Nutrition and Health. She has been a member of the FDA Food Advisory Committee and Science Board, the USDA/DHHS Dietary Guidelines Advisory Committee, and American Cancer Society committees that issue dietary guidelines for cancer prevention. Her research focuses on how science and society influence dietary advice and practice.

From 2008 to 2013, she wrote the monthly “Food Matters” column for the San Francisco Chronicle. She blogs daily (almost) at www.foodpolitics.com. She can be followed on her Twitter account @marionnestle, which has more than 125,000 followers. Time magazine named it as one of the top 140 most influential Twitter accounts, and one of the top 10 in health and science, and Science Magazine and the Guardian list it as a top account to follow.