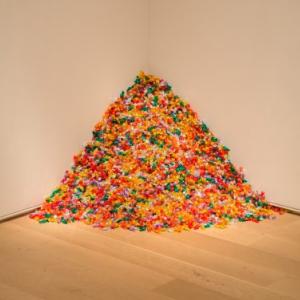 What does it mean to call a text “AIDS Literature”? What is the effect of applying this label to a text that does not attempt a faithful representation of the AIDS Crisis of the 1980s and 1990s, but instead deploys HIV and AIDS as literary metaphors? By analyzing texts such as the later experiments of William S. Burroughs, the novels of Kathy Acker, and the artwork and memoirs of David Wojnarowicz, English PhD Candidate Michael Chiappini seeks to trouble the prevailing understanding of AIDS literature by refocusing our attention to texts that do not aspire to narrative fidelity to the Crisis, but instead employ HIV and AIDS for the sake of artistic experimentation.