A Conversation with A. Van Jordan 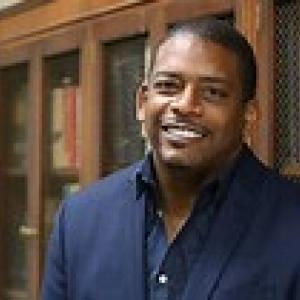 Poet and previous Anisfield-Wolf Book Award winner A. Van Jordan will be in conversation with Dave Lucas, Ohio’s Poet Laureate and an instructor in the CWRU Department of English. Born in Akron, Ohio, A. Van Jordan received his Masters of Fine Arts from the MFA Program for Writers at Warren Wilson College. He is also a graduate of the Cave Canem Workshop. His first book, Rise, won the PEN Oakland/Josephine Miles Award and was a selection of the Academy of American Poets book club. He has received a Whiting Writers Award, the Gilbert-Chappelle Distinguished Poet Award, and a Pushcart Prize. He received the Anisfield-Wolf Book Award for Nonfiction for his book Macnolia, which focuses on the life of MacNolia Cox, a spunky 13-year-old girl who won the Akron District Spelling Bee in 1936.

Free and open to the public. Registration requested.