2019 Walter A. Strauss Lecture Series – Proust and the Marx Brothers 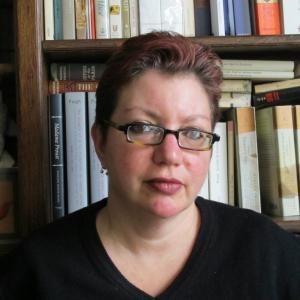 The Author in the Margins

The relation between the literary text and its author has been a subject of controversy for at least two hundred years, since Romanticism popularized the myth of the distracted genius producing great works from the depths of his psyche through a process mysterious even to him (almost always him rather than her).  Throughout the 19th century the “great men” paradigm generally prevailed, even as Nietzsche, for one, insisted that the author was simply “the maternal womb, the soil, or, in some cases, the dung or manure” out of which the work grows.  Academic criticism in the mid 20th century promulgated a view of the literary work as independent of the conditions of its production and best read as such.  In America the New Critics pioneered this view, while in Britain F.R. Leavis and his followers also promoted the idea that close reading and textual analysis should replace the life and personality of the author as a main consideration.  The most enduringly influential formulations of the author as irrelevant to the understanding of literary works came in the form of two essays written in France in the late 1960s: Roland Barthes’s “The Death of the Author” and Michel Foucault’s “What is an Author?”  These essays paved the way for decades of academic insistence on the complete irrelevance of biography and history to the reading of literature (eventually to be curtailed only by the advent of identity as a central category).  In the meantime, however, outside the academy readers remained as avid as ever for literary biography and continued to read works in terms of their authors’ lives.  In this series of lecture, Elisabeth Ladenson, Professor of French and Romance Philology at Columbia University, will offer a brief history of the place of the author in literary interpretation, along with two salient cases in which the author’s biography seems to be inseparable from the understanding of their works:  Marcel Proust and Colette.  This lecture series, in memory of Walter A. Strauss (1923-2008), who was the Elizabeth M. and William C. Treuhaft Professor of Humanities, is generously supported by funds provided by the Paul Wurzburger Endowment.

Marcel Proust was the half-Jewish, homosexual author of a semi-autobiographical novel recounted by a Catholic heterosexual narrator who takes a keen interest in Jewishness and homosexuality.  He was also a major influence on Barthes’s idea of the irrelevance of the author’s biography to the understanding of literary works.  In this lecture Ladenson will address what happens when Proust’s magnum opus is read with and without reference to the author’s life, while arguing that Groucho Marx’s line “I wouldn’t want to belong to any club that would have me as a member” is key to understanding the entirety of Proust’s work.

This event is free and open to the public.

Elisabeth Ladenson is Professor of French and Comparative Literature and General Editor of Romanic Review. She studied at Paris VII (DEUG, 1981) and the University of Pennsylvania (B.A., 1984) before going on to graduate work at Columbia (M.A. 1988, M.Phil., 1992, Ph.D., 1994). She taught at the University of Virginia from 1992 to 2005. At UVA, she directed the Comparative Literature program from 1998-2004. She has also held visiting appointments at Rice University and the University of California, Berkeley. Her main teaching and research interests are in 19th- and 20th-century French and comparative literature; gender studies; cultural history and historiography. Her book Proust’s Lesbianism (Cornell UP, 1999) has been translated into French as Proust lesbien (Epel, trans. Guy le Gaufey, 2004) and into Spanish as Lesbianismo en Proust (Me Cayó el Veinte, trans. Martín Pérez, 2010).  She has also edited a special issue of GLQ on “Men and Lesbianism” (2001), and published essays on a wide range of subjects in journals including Yale French Studies, The Yale Review, and The London Review of Books. Her book Dirt for Art’s Sake: Books on Trial from Lolita to Madame Bovary was published by Cornell in 2007.  She is currently writing a book about Colette.