Faculty Work-in-Progress – Domestic Horrors in the Age of Revolution: Acid Throwing in Leonora Sansay’s Secret History; or, The Horrors of St. Domingo 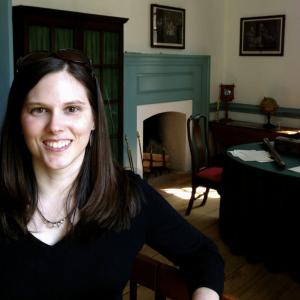 In recent years Europe and Asia have seen a surge in acid attacks that has increased public awareness of the highly gendered, racial, and political elements of this particularly gruesome crime. Acid attacks, or acid throwing, however, has a long history, though it is one that isn’t well documented. In this talk, Caitlin Kelly, Lecturer in SAGES and the Department of English, explores a reference to acid throwing in Leonora Sansay’s 1808 novel Secret History; or, the Horrors of St. Domingo that has thus far been overlooked by scholars. Following the trade routes from France to Philadelphia to the Caribbean, Kelly traces acid throughout the Atlantic world during the Age of Revolutions, offering an interpretation of the novel that gives new significance to Sansay’s contributions to our understandings of the Haitian Revolution, literary history, and women’s lives during the period.

This event is free and open to the public.

Caitlin Kelly has taught a wide range of courses in academic writing, multimodal composition, and British literature. In addition she has extensive tutoring experience, and has worked with undergraduate, graduate, and postdoctoral writers across the disciplines. Kelly received her PhD in English from the University of Missouri and an MA in English from the University of Tennessee, focusing on British literature and culture of the (very) long eighteenth century. Her work focuses on the intersections of print and religious cultures, especially in regard to the experiences of women. Kelly’s current projects examine the works of the evangelical novelist Mary Brunton and the significance of private devotion in Samuel Richardson’s novel Pamela. Dedicated to undergraduate teaching, Caitlin also presents and writes about pedagogical tools and strategies, both digital and analog. She frequently presents her work at conferences including the American Society for Eighteenth-Century Studies, Southeastern American Society for Eighteenth-Century Studies, and the British Women Writers Conference. In addition to traditional scholarship, Caitlin has also contributed to the blogs Multimodal Mondays and Pedagogy and American Literary Studies. For more information about her professional interests and activities, please see caitlinleekelly.wordpress.com and follow her on Twitter @CaitlinLeeKelly.