The Case Biomanufacturing and Microfabrication Lab team is composed of graduate students, postdoctoral researchers, visiting scholars, interns, and junior researchers under the direction of Umut Gurkan, PhD. We're also proud to have a number of lab alumni who have worked with us in the past. 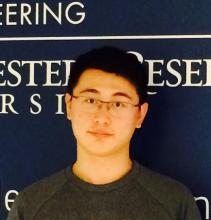 Yuncheng Man received his Bachelor of Science degree in
Mechanical Engineering from Dalian University of Technology, China in 2016. His undergraduate work was focused on microfabrication, especially on fabricating microsensors for electrochemical detection. In fall 2016, he has joined CASE-BML in CWRU as a direct PhD student. His current research focus is on microfabrication, microfluidics, and biomedical devices. 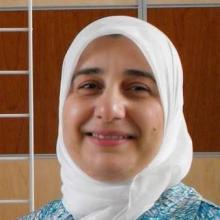 Arwa Fraiwan received her PhD in Electrical Engineering from the State University of New York at Binghamton in 2016, During her PhD study she worked on the development of portable, low cost and disposable power supplies for powering biosensing platforms in resource-limited environments using paper-based microbial fuel cells. She has published 15 journal articles and 15 refereed conference proceedings. Her research interests include biofuel cells, and the development of affordable point-of-care biosensing and diagnostic tools for use in low-resource settings. She joined CASE-BML in summer 2016. 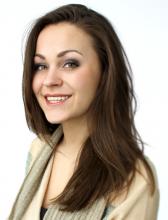 Grace Gongaware was a student at the Cleveland Institute of Art where she majored in Biomedical Art. As a biomedical illustrator, her goal is to communicate scientific subject matter visually. Through her studies she has created works under an array of scientific fields, including zoology, human anatomy, histology, anthropology, botany, and entomology. 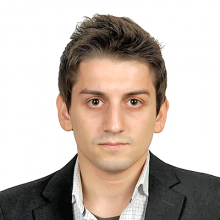 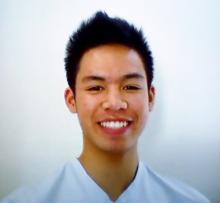 Thesis Title: The Design, Fabrication, and Testing of a Point of
Care Device for Diagnosing Sickle Cell Disease and Other Hemoglobin Disorders 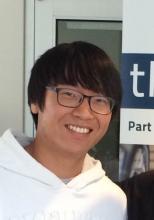 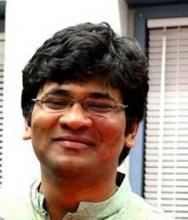 Muhammad Noman Hasan received his Bachelor of Science in Mechanical Engineering from Bangladesh University of Engineering and Technology, Bangladesh & Master of Science in Mechanical Engineering from The University of Akron, USA in 2009 and 2014, respectively. His undergraduate work focused on computational fluid dynamics and heat transfer for convective heat transfer. The research was focused on convective heat transfer within complex enclosure. His MS work focused on numerical analysis of droplet and continuous filament deformation for direct print systems. In fall 2014, he has joined CASE-BML in CWRU as a PhD Student. He is a member of the American Society of Mechanical Engineers (ASME). Noman has published five+ papers in peer-reviewed journals. 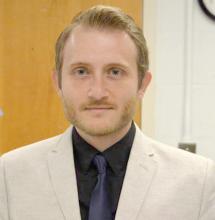 Erdem Kucukal received his Bachelor of Science and Master of Science degrees in Mechanical Engineering from Kocaeli University, Turkey and Case Western Reserve University, USA in 2010 and 2015, respectively. He has been involved in the studies of several computational heat transfer projects as well as the use of PEM fuel cell technology in motorized vehicles for his undergraduate thesis work. His master’s work primarily focused on the numerical & experimental investigations of fluid flow within a hydrocyclone separator by means of Particle Image Velocimetry (PIV) and Computational Fluid Dynamics. In Spring 2015, he joined CASE-BML in CWRU as a PhD student. Some of his research interests include microfluidics, micro-PIV, CFD, biofluids, and applied math. 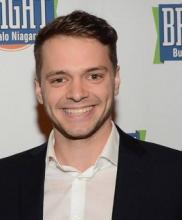 Mark Lewandowski received his Bachelors of Science in Mechanical Engineering from Case Western Reserve University in the spring 2016 and is currently working towards his masters in the BS/MS program. Mark joined CASE-BML in the fall of 2015 and has been developing a portable syringe pump and portable imaging system for micro-fluidic chips. Mark is interested in the design of medial devices, especially those which leverage mechanical properties of cells, bio-markers, tissue, etc.

Dr. Ping He received her MD in School of Medicine, Zhejiang University, China. She received her Master degree and PhD degree from School of Medicine of Fudan University in Shanghai, China. Her Master study was Molecular Biology and gene engineering. Her PhD study was Gene therapy of cancer. She has 15+ years of experience in clinic as a physician in China. She also has many years of work experience on bone biology, molecular cardiology, and biomedical engineering at Case Western Reserve University and Cleveland Clinic. She joined CASE-BML in summer of 2014 as a Senior Research Associate & Lab Manager. 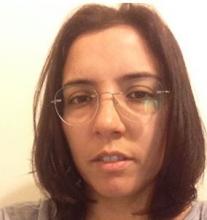 Birnur Akkaya received her Master of Science and Doctor of Philosophy in Biochemistry from Cumhuriyet University, TURKEY in 2005 and 2009, respectively. Her Master of Science and Doctor of Philosophy theses are focused on Bioaffinity Chromatograsphy by using batch and continuous system which was supported by Prof. Dr. Adil Denizli at Hacettepe University Department of Biochemistry. Birnur also did research on Protein Purification, Enzymology, Metalloproteins, Preparation of Biodegredable materials. After Ph.D., she studied Microbial and Biochemical Technology which was supported by Prof. Dr. Ali Fazil Yenidunya at Cumhuriyet University Department of Molecular Biology and Genetics. She has published 16 papers in peer reviewed journals. In fall 2016, she has joined CASE-BML in CWRU as a visiting scholar supported by a TUBITAK (Scientific and Technological Research Council of Turkey) fellowship.

Ceonne received a Bachelor of Art degree in Biology and Psychology from Case Western Reserve University in 2014. During her undergraduate years, she worked both in a basic science laboratory and in clinical research, focusing on cancer biology and sickle cell diseases. She joined CASE-BML in the summer of 2014 to continue sickle cell research. Ultimately, she plans to pursue her career in medicine. 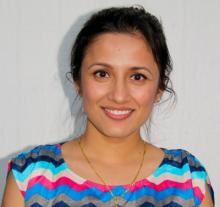 Anima received a Bachelor of Science degree in Biology from George Mason University in Virginia. During her undergraduate years, she worked in Molecular and Microbiology lab, focusing on the molecular mechanisms of the nematode Caenorhabditis elegans. She joined CASE-BML in summer of 2015.

Tolulope “Tolu” Rosanwo received her BA in Biological Sciences from the University of Chicago in 2014. Her undergraduate work focused on the role of Krüppel-Like Factor 1 in early erythroid differentiation. In July 2014, Tolu matriculated into CWRU School of Medicine, and she joined CASE-BML in CWRU in early 2015. Tolu is a member of the American Society of Hematology (ASH), a recipient of the ASH Minority Medical Student Award, and awardee of the National Heart, Lung and Blood Institute Internship for the summer of 2015. 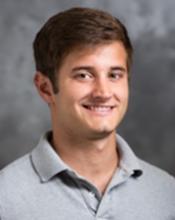 Collin was a graduate student at Case Western Reserve University​​​ pursuing a master's degree in Medical Physiology. He received a Bachelor of Science degree in Pharmaceutical Sciences from The Ohio State University in 2013. He is currently applying to medical schools in hopes of one day becoming a practicing physician. 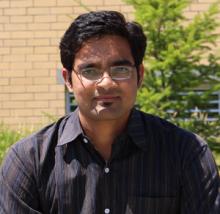 Kaustav is a senior year student pursuing combined
B.Tech/M.Tech degree in Biotechnology and Biochemical
Engineering and minor in Chemical engineering at Indian institute of Technology Kharagpur, India. He joined CASE-BML as an exchange scholar (Khorana Program for Scholars, Indo-US Science and Technology Forum) and is developing a microfluidic rapid diagnostic system based upon RBC deformability. He likes working in interdisciplinary area involving biology and aspires to become a biomedical entrepreneur after his PhD. 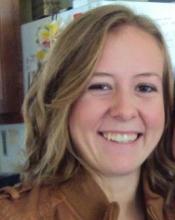 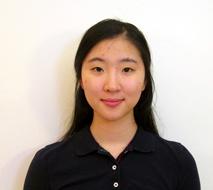 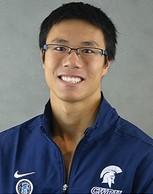 Aaron Tam is currently a fourth year mechanical engineering student at CWRU. He is pursing a BS degree with an expected graduation date of May 2016. He joined CASE-BML in the Summer of 2015. 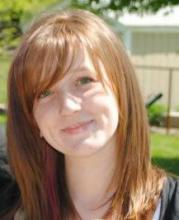 Kayla Gray is an undergraduate research student currently pursuing her chemical biology and theater degrees at Case Western Reserve University. She has worked in a variety of lab settings for the past seven years with experience ranging from biochemistry to neurology to biomedical engineering. She is currently in the process of applying to medical schools with aspirations in clinical research.

Rishe Sivagnanam is a second-year biomedical engineer at Case Western Reserve University. He is specializing in biomechanics with a minor in mechanical engineering. He has previously worked at Cleveland Clinic in the Stem Cell Biology/Regenerative Medicine Lab. His eventual goal is to go into the biomedical engineering industry. 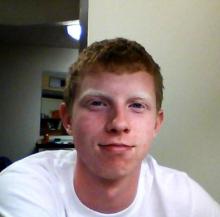 Alexander Weber is currently pursuing a Bachelor of Science degree in biomedical engineering at The Ohio State University​​​​​​​. He worked at CWRU as a summer 2013 undergraduate research student. 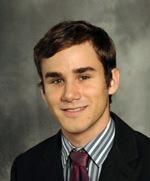 Paul worked on computer-aided design and microfabrication at CASE-​​​BML in 2013. 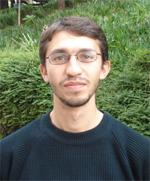 Ismail is a PhD student in the Biology Department at Case Western Reserve University. His current research focus is on application of micro/nano technologies in understanding endothelial cell biology in physiological and disease states. 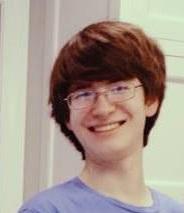 David Lin is currently a first-year biomedical engineering student at​​​​​​​ Case Western Reserve University. He is specializing in computational analysis with a minor in computer science, and is pursuing a BS degree at CWRU. He joined CASE-BML in the Spring of 2014. 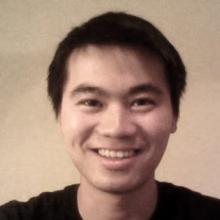 Richang Shen is a current senior mechanical engineering student at Case Western Reserve University. He has previously worked at Steris Corporation as a co-op student and is conducting his senior design project on 3D-printing for microfluidic chips at CASE-BML. 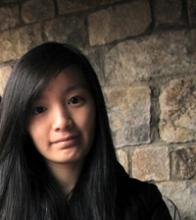 Zhenni Zhang is pursuing Bachelor of Science degree in
Mechanical Engineering at Case Western Reserve University. She is expected to graduate May of 2017. She started her first research experience at CASE-BML as of Fall 2013. 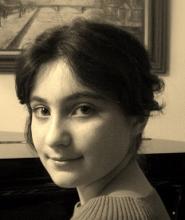 Asya Akkus is a student at Stanford University online middle school. She is strongly interested in biosciences and physics. Asya​​​​​​​ pursues number of extracurricular activities including piano performance, Latin, and the study of formal logic.