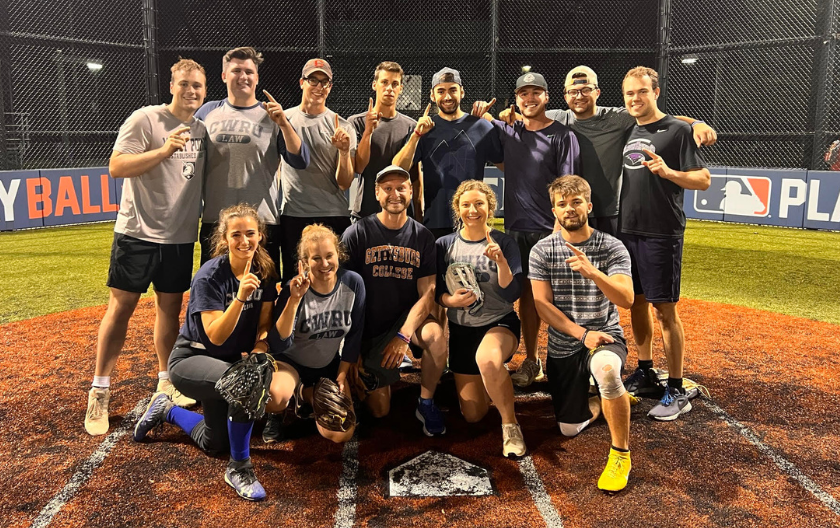 This summer, students from Case Western Reserve University School of Law finished in first place of the Cleveland Metropolitan Bar Association’s summer softball league. After losing only twice during the regular season and once in the playoffs, the team won three straight games to secure the championship. The team’s trophy will be displayed in Gund Hall.

“After only winning three games in the regular season and making it through only the first round of playoffs last year, the CWRU Law Summer Softball team secured the championship after winning three games back-to-back,” said Co-Captain Madeline Myers. “Thank you to everyone who participated and supported the team. We look forward to getting back on the field next summer!”