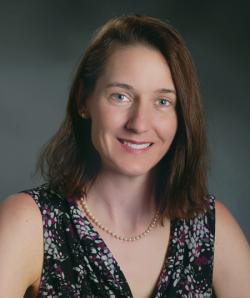 Susan A. Flocke, PhD joined the Case Comprehensive Cancer Center in 2006. She started as a co-leader in the Prevention, Population and Control Program and as the director of the Behavioral Measurement Core Facility that same year. In 2007, Dr. Flocke became the Research Division Chief in the Department of Family Medicine at CWRU. In 2009, she started as the associate director of the Prevention Research Center for Healthy Neighborhoods, Cleveland, OH. Before she was in the Case Comprehensive Cancer Center, she was an assistant professor in the departments of Family Medicine, Oncology, and Epidemiology & Biostatistics at Case Western Reserve University. In 2005, Dr. Flocke became an associate professor with tenure in those departments.

Over the last 20 years, Dr. Flocke’s research has focused on how best to increase the implementation of prevention and health promotion in both the primary care and community setting. Her research focuses on preventative service delivery in the primary care setting, doctor-patient communication of changing health behaviors, and the utilization of community resources to promote behavioral changes in large groups of people. As part of her research, she has served on multiple NIH grants and foundation grants that involve mixed methods. She has increasingly been researching the community setting as a way to improve care.

Susan A. Flocke, PhD is a health services researcher in the Department of Family Medicine and has a secondary appointment in the Department of Epidemiology & Biostatistics.  She has focused her research career on preventive service delivery in the primary care setting, doctor-patient communication of health behavior change and utilization of community resources to facilitate behavior change.  Methodological interests include conducting research that mixes quantitative and qualitative methods and engaging practice-based research networks to conduct both large observation and intervention studies.  She currently serves as the Director of the Behavioral Measurement Core facility of the Case Comprehensive Cancer Center and co-leads he Prevention, Population and Control research program at the Cancer Center.