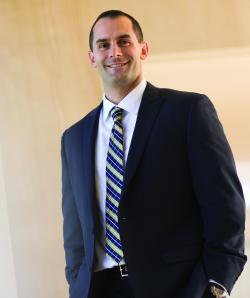 Brain interfaces for neural unit recording have led to many significant insights into the behavior of the brain in animal models. Recently, there have been several notable efforts to develop electrodes that can be implanted chronically in humans to establish direct interfaces to the brain for command, control, and feedback in many applications. Arguably, one of the largest impediments to wide-spread adoption of such neuroprosthetic devices is the unpredictable reliability of chronic neural recordings. For many years, it has been accepted as dogma that the glial scar response to implanted electrodes contributed significantly to failure of chronic neural recordings, but direct evidence for this hypothesis is only now being generated.

Our long-term goal is to develop advanced materials for neural interfaces which will seamlessly assimilate within the neural tissue to facilitate sustained molecular level connections with individual neurons. To accomplish this goal, the materials must chronically mediate the inflammatory response and interact with the normal cellular machinery. Towards that goal, we are 1) developing novel modalities for assessing the cortical tissue-electrode interface; 2) providing new insights into the molecular and cellular level interactions at the interface; and 3) engineering biomimetic materials which facilitate mechanical, chemical, and biological device integration into normal healthy neuronal tissue while attenuating the undesired neurodegeneration and imminent device failure.

Ultimately, devices fabricated from the advances established within my laboratory will be disseminated amongst the neuroscience and neural engineering community to improve the quality of life of those suffering poor neurological health.