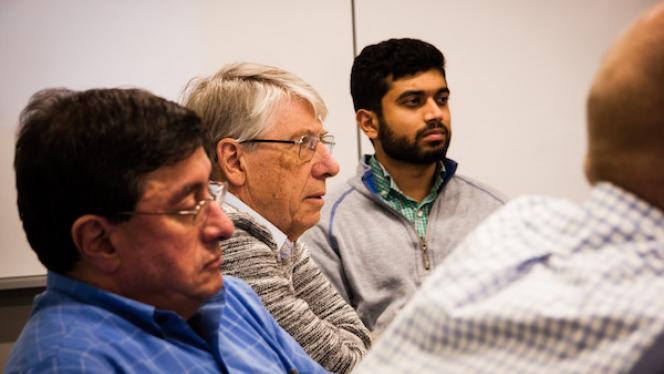 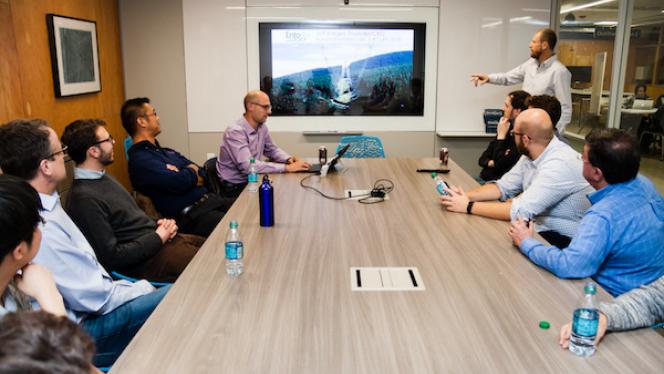 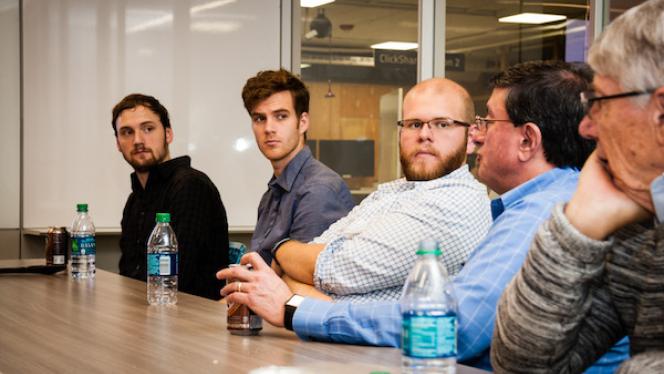 The truly fulfilling nature of a physics career in teaching and research certainly stems not only from its depth and variety, but also from the close collaboration of students. In my case, a beginning devotion to basic astroparticle physics has been extended to industrial (especially MRI) research where techniques honed in basic physics are applied to other problems. We have added a focus on physics education research where even very young students are helping us study ways to improve their own curriculum! A spin-off from this is a book ‘What your fifth-grader needs to know about college physics!’, we are preparing in a K-12 venture. A spin-off in the opposite direction is the creation of GRE flashcards. As separate and major efforts, the writing of a 900-page MRI textbook and a recent co-founding with a former student of an MRI manufacturing company are outgrowths of many years in industrial design, applied research, and entrepreneurial physics education.

Edward Caner has served as a faculty member in the Department of Physics and STEP Director at Case Western Reserve University since 2006. Under his leadership, STEP has become one of the preeminent entrepreneurship programs in the world in terms of capital directly raised by students and recent graduates for technology commercialization (over $30M since 2006). In the classroom, Mr. Caner teaches the graduate course sequence “Modern Physics/Chemistry for Innovation” and the undergraduate courses “Physics for World Leaders” and “Energy & Society”. He has also served as thesis advisor to more than 20 MS, Physics awardees since 2007. Outside of the classroom, Ed has played a key role in the development (and survival) of several start-ups and small companies and is an active advisory board member for a variety of organizations and corporations. Mr. Caner has a Master of Science in Physics, Entrepreneurship Track from CWRU, a Master of Arts in violin performance from Cleveland State University, and both BS and BA degrees in Engineering and Physics from Miami University.

Bruce E. Terry was President and CEO of Mayfran International, Inc. in Mayfield, Ohio from 1987 to 2004. Prior to this appointment, he served for ten years in the positions of Executive Vice President and General Manager; and Vice President of Sales. During his tenure at Mayfran, he won dozens of multi-million dollar contracts, and drove the company’s market penetration in Japan and Europe; and negotiated numerous successful global license and technology agreements, joint ventures, partnerships, and acquisitions. Mr. Terry spent the first 11 years of his career as a sales leader in the overhead crane industry. He is particularly talented in the field of sales and marketing and application engineering. He holds an MBA from Drexel University in Philadelphia, a Bachelor of Business Administration, from the Wharton School of the University of Pennsylvania, and has partially completed a Doctor of Business Administration at Cleveland State University. From 1962 through 1966 he served as a Sergeant, Intelligence Operations Specialist, in the United States Air Force stationed in Texas, Nebraska and Korea. Mr. Terry is an expert in the area of innovation methods, including the teaching of related disciplines. He has been on the faculty of Case Western Reserve University in the Physics Department since January 2009, teaching Feasibility of Technology and Venture Creation, core courses in Case’s Science and Technology Program. He is also the faculty advisor to the Case Entrepreneurs’ Club. He is active member of the North Coast Angel Fund, serving on its screening committee and performing due diligence; he is also a member of TIE and the Ohio Venture Association; and is a mentor to and an investor in a number of regional start-ups.