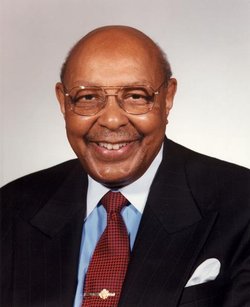 Louis Stokes served as a prominent attorney and the first Black congressman from Ohio elected to the U.S. House of Representatives in 1968 - a position he held for 15 consecutive terms.  This fellowship honors Stokes’ community development efforts by supporting social science students dedicated to improving underserved populations.

A product of Cleveland public schools, Louis served in the U.S. Army from 1943-1946. Taking advantage of the G.I. bill, he attended Western Reserve College from 1946-1948 and received his J.D. from the Cleveland-Marshall Law School in 1953.

Stokes established a thriving law practice in Cleveland with his brother, Carl. He often worked with many high-profile clients such as football player and actor Jim Brown. However, in the 1960s Stokes began to garner a reputation as a formidable civil rights attorney—often taking cases pro-bono to defend activists. He also became heavily involved in the Cleveland chapter of the NAACP. On behalf of the NAACP, he helped challenge the Ohio redistricting in 1965 that fragmented African American voting strength. In 1967, Stokes made an oral argument before the U.S. Supreme court in Terry v. Ohio case. Known popularly as the "stop-and-frisk" case, Terry v. Ohio set the precedent for police search and seizure procedures. 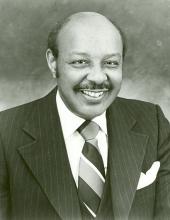 When Stokes retired in 1999 he resumed practicing law. He also took on the role of a distinguished visiting professor at the Jack, Joseph, and Morton Mandel School of Applied Social Sciences at Case Western Reserve University.