As the staff advisor of the Afro-American Society and an admissions officer, Michael Fisher promoted the increased admission and retention of Black students at CWRU. In the spirit of his work, the Michael E. Fisher Scholarship assists diverse undergraduates in their second year of study at CWRU. 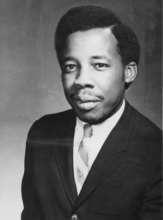 In his short tenure at Case Western Reserve University, Fisher played a significant part in the creation and running of a Black student pre-freshman orientation. This program introduced these incoming students to CWRU’s Black community and resources.  A bold, inspiring leader, Fisher encouraged Black students - including Stephanie Tubbs Jones - to fight injustice and practice advocacy on behalf of themselves and their community.  This scholarship seeks to extend Fisher’s vital work and kindness.