An accomplished chemical engineer and visionary university leader, Kaler’s career in higher education spans more than 40 years and includes leadership and faculty roles at premier public research universities. He is a member of the National Academy of Engineering and was elected as a fellow of the American Academy of Arts and Sciences for both his leadership in engineering and in higher education.

Kaler and the Case Western Reserve leadership team have committed to:

His first leadership positions followed at the University of Delaware, which he joined as an associate professor in 1991. While there he served as the chair of chemical engineering from 1996-2000 and dean of the College of Engineering from 2000-2007. He joined Stony Brook University in 2007 as provost and senior vice president for academic affairs and professor of engineering and chemistry. He also served as the university’s vice president for Brookhaven Affairs from 2008-2011.

Kaler holds 10 patents and has published more than 200 peer-reviewed papers. Currently, he serves as a member of the National Institute of Standards and Technology’s Visiting Committee on Advanced Technology. He serves on the Board of Directors of the Greater Cleveland Partnership, where he also co-chairs the Innovation and Growth Committee.

Kaler earned his bachelor’s degree in chemical engineering in 1978 from the California Institute of Technology.

Born in Vermont, Kaler is a first-generation college graduate. He credits his wife, Karen, as a major contributor to his success. Karen, a Tennessee native, is well known for her warmth, enthusiasm, and advocacy. The couple have been married since 1979 and have two adult sons, Charlie and Sam, daughters-in-law Lisa and Lizzy, granddaughter Ophelia, and a very large dog named Adelbert. 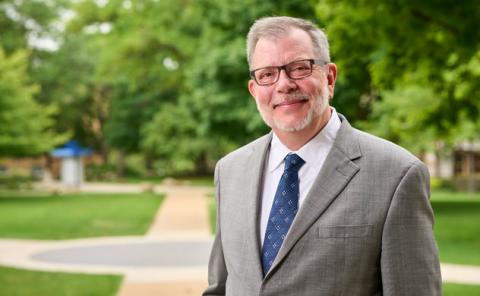