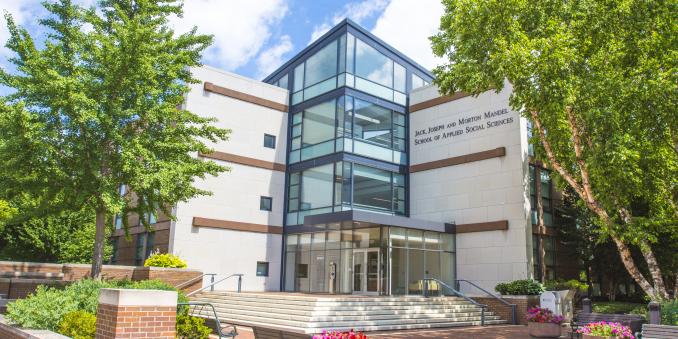 The Jack, Joseph, and Morton Mandel School of Applied Social Sciences is pleased to have retained its ninth-place ranking in social work—among nearly 300 accredited schools and programs—after a two-year hiatus in U.S. News’ annual survey of academic leaders in the discipline.

Thanks in large part to impressive increases in research funding, Case Western Reserve University School of Medicine improved one spot to 24th in the country this year, with pediatrics appearing at 17th and—in a new ranking for the magazine—its biostatistics program at 28th.

And the Frances Payne Bolton School of Nursing’s master’s degree in acute gerontological care stayed at No. 7 in the nation, while its overall master’s degree improved from 13th to 11th in the country this year. The overall Doctor of Nursing Practice ranking, meanwhile, slipped three spots from last year to 15th.

While Weatherhead School of Management saw its full-time MBA ranking slip one spot to 82nd, its information systems offerings tied for 19th with Purdue.

The law school’s overall program ranked 78th this year, down six positions from last year, while this year health law is 13th and international law 21st.