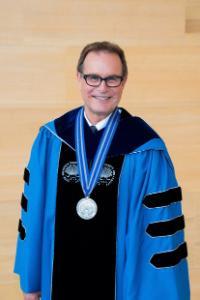 David has served as an advisor to senior executives in business and societal leadership roles, including projects with five Presidents and Nobel Laureates such as William Jefferson Clinton and Oscar Arias.  David’s ideas have supported the success of a wide variety of organizations including Apple, Verizon, Johnson & Johnson, the Boeing Corporation, National Grid, SC Johnson, Sloan-Kettering, Fairmount Minerals, Green Mountain Coffee Roasters, PWC, Mckinsey, Parker Hannifin, Sherwin Williams, Dealer Tire, Wal-Mart as well as American Red Cross, American Hospital Association, Cleveland Clinic, Lutheran World Releif, and World Vision. Most of the work has been inspired by the Appreciative Inquiry (AI) methodology for which Professor Cooperrider is best known. His founding work in this area has created a positive revolution in the field of change; it is helping institutions all over the world discover the power of the strength-based approaches to multi-stakeholder innovation and sustainable design. Admiral Clark, the CNO of the Navy, for example brought AI into the Navy for a multiyear project on “Bold and Enlightened Naval Leadership.” In a like manner, Cooperrider was asked by the United Nations to design a historic Summit and meeting between Kofi Annan and 500 CEOs to “unite the strengths of markets with the authority of universal ideals to make globalization work for everyone.”

Cooperrider’s work—focusing on the question of change at the scale of the whole-- is especially unique because of its ability to enable positive change, innovation, and sustainable design in systems of large and complex scale. At the recent international conference on Appreciative Inquiry hundreds of organizations such as Hewlett-Packard, IDEO, Yahoo! and US Cellular shared the breakthrough results they are experiencing as a result of becoming “strengths-based organizations.”

David’s often serves as meeting speaker and leader of large group, interactive summit events. His dynamic ideas have been published in journals such as Administrative Science Quarterly, Organization and Environment, Human Relations, Journal of Applied Behavioral Science, Management Inquiry, The OD Practitioner, and in research series such as Advances in Strategic Management. More popularly, Professor Cooperrider’s work has been covered by The New York Times; Forbes; NPR; Science, Fast Company, Fortune, Christian Science Monitor, Washington Post, Biz Ed and others. He has been recipient of Best Paper of the Year Awards at the Academy of Management and was named top researcher of the year at Case Western Reserve University in 2005 and 2015.

Among his highest honors, David was invited to design a series of dialogues with the world's top religious leaders, initiated by His Holiness the Dalai Lama who said, "If only the world's religious leaders could just know each other, the world will be a better place." Using AI, the group held meetings in Jerusalem and at the Carter Center with President Jimmy Carter.

David was recognized in 2000 as among “the top ten visionaries” in the field by Training Magazine and in 2004 received ASTD’s highest award for “distinguished contribution to the field” of organizational learning. David also received the 2004 Porter Award for best writing from the OD Network, and was named 2007 Faculty Pioneer for his impact in the field of sustainability by the Aspen Institute.

In 2010 David was awarded the Peter F. Drucker Distinguished Fellow by the Drucker School of Management—a designation recognizing his contribution to management thought and action. In 2014 David was given Case Wester Reserve University’s honor of distinguished university researcher and in in 2015 he was named as one of Trust Across America’s thought leaders.

David has published 25 books and authored over 100 articles and book chapters. David has authored numerous books and handbooks on Appreciative Inquiry including Appreciative Inquiry: A Positive Revolution in Change (with Diana Whitney); The Strength Leaders Handbook (with Pernille Braun); The Organization Dimensions of Global Change (with Jane Dutton); and Organizational Courage and Executive Wisdom (with Suresh Srivastva). David is editor of the research book series Advances in Appreciative Inquiry (with Michel Avital) published by Emerald, which is currently preparing for its 5th book in the series.

In what would be any thought leader’s highest recognition, Champlain College’s Stiller School of Business honored David’s work with an academic center in his name. It is called the David L. Cooperrider Center for Appreciative Inquiry, and David serves as an Honorary Chair from his “home” at Case Western Reserve University. For the center’s dedication in 2014 Professor Marty Seligman, leading researcher in the human sciences and father of the positive psychology movement wrote: “David Cooperrider is a giant: a giant of discovery, a giant of dissemination, and a giant of generosity.” Likewise Jane Dutton, former President of the Academy of Management and Robert L. Kahn Distinguished University Professor of Business at the University of Michigan said, “David Cooperrider is changing the world with his ideas and who he is as a person. There are few who combine such insight, inspiration and energy.”

David’s wife Nancy is an artist. His son Daniel is a UCC minister in Vermont; Hannah is a designer in Minneapolis, and Matt is advancing wind energy across the country with Apex in Virginia.   Key websites: