Spotlight: Jim Treleaven, Chair of the xLab Advisory Board 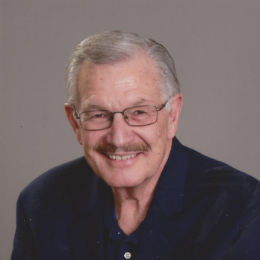 We spent last year rounding up a team of industry experts to serve on our advisory board. The first xLab advisory board meeting was held on campus in November, and included a presentation from James Gilmore, assistant professor of design and innovation, as well as a working session regarding the xLab vision. One of the first actions from the board was to nominate Jim Treleaven as chair.

Treleaven is a CWRU alum, having earned both his BS in computer engineering and his PhD in management in information and decision sciences from the university. He is currently the president and CEO of Via Strategy Group, LLC (VSG) and advises CEOs, boards of directors, and other C-level executives about growth and turnaround strategies. He has had a successful career in industry as the CEO of both public and private technology companies ranging in size from $40 to $500 million.

Involved with technology and its transformational impact on business for his entire career, Treleaven has been involved with xLab since its inception in 2019. “I believe xLab is uniquely positioned to accelerate this process [the transformational impact technology has on business] and supply some rigor regarding that,” says Treleaven. “xLab is another great example of the long history of innovations being developed at Weatherhead.”

Treleaven has taught at Case Western Reserve University and the University of Illinois as well as been a frequent lecturer at several leading universities. In addition to xLab’s advisory board, he serves on several other boards for private companies and several academic boards including the Weatherhead Visiting Committee. He is widely published in both refereed and popular journals about technology, corporate strategy, human-computer interaction and computer-aided-design, and in 2018 wrote the book, X-Formation, Transforming Business Through Interim Executive Leadership.