Greetings from the Office of Government & Community Relations 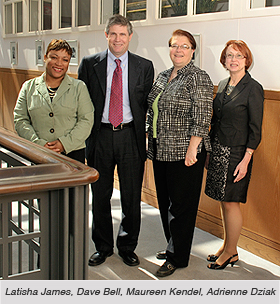 Every day, Case Western Reserve University faculty break new ground in research and education. However, these discoveries cannot occur in a vacuum. Support from government entities and community partners fuels the advancements that change the world

Case Western Reserve’s Office of Government & Community Relations—together with allies like you—helps identify and capitalize on opportunities that allow theory to become reality.

In this first issue of the government and community relations e-newsletter, CWRU Advocate, we highlight some of the university’s greatest successes and showcase opportunities for you to help our continuing efforts to support the university in addressing society’s greatest challenges.

Recently, Case Western Reserve formed a Government Relations Advisory Committee to advise and counsel the university on upcoming opportunities, facilitate closer relationships between the university and elected and appointed officials, and act as dedicated advocates for university initiatives.

We truly appreciate your continued support of Case Western Reserve and look forward to keeping you apprised of the advancements we make with your support.

A Call for Action

This May, Ohio voters like you will determine the fate of what has been called the most successful economic development initiative in the state’s history. Your support of Issue 1 will renew and continue the Ohio Third Frontier economic development and jobs program, firmly establishing Ohio as a world-class innovation leader and catalyzing long-term technology-based economic growth and job creation efforts.

Third Frontier funding has been critical to Case Western Reserve, which has received more than $90 million in capital, instrumentation and research support from the program. The university has maximized the state’s investment by attracting additional support from industry and federal research awards. 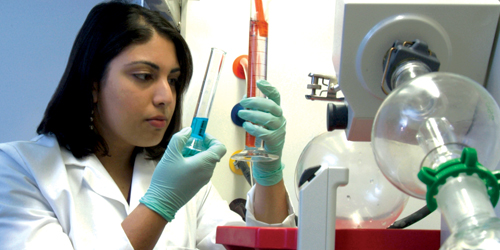 By voting yes on Issue 1 on May 4, you can help Case Western Reserve make pioneering discoveries and drive commercialization in our region. 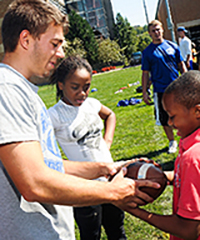 With 600 community partners, more than 500 programs and an investment of nearly 400,000 hours of volunteer service annually, it is no surprise that Case Western Reserve was named to the President’s Higher Education Community Service Honor Roll by the Corporation for National and Community Service. The annual award—which the university earned for the second year in a row—recognizes institutions of higher education for their commitment to, and achievements in, community service.

The university also was recognized for its economic and community revitalization efforts in urban communities. Westfield State College ranked Case Western Reserve 7th in the nation in its annual Top 25 Best Neighbor Colleges & Universities listing. Case Western Reserve was one of only two Ohio institutions to make the list.

The United States Environmental Protection Agency estimates that up to 25 million gallons of oil are spilled in this country each year. The damage from such disasters can last decades in the form of ruined drinking water, damaged farmland and beaches, and destruction of wildlife and habitats. 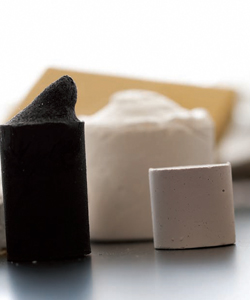 To combat these effects, engineers from Case Western Reserve have turned to a product called AeroClay® that has already proven useful as an insulator, an electrical conductor and even an absorbent cat litter.

AeroClay is an aerogel made by blending clay with a polymer and water. The mixture is then freeze-dried, and air fills the gaps left by the loss of water. The resulting lightweight material is composed of 96 percent air.

Inventor David Schiraldi, a Case Western Reserve engineer, calls the latest formula an “oil sponge.” The foam-like substance, he says, draws oil out of contaminated water, leaving the water behind.

As a valued champion of research and education, you are an important part of Case Western Reserve’s ongoing success. Stay connected with the legislative and public issues affecting the university and the progress taking place at Case Western Reserve by following the links below.

National Backing for Research, Education
Case Western Reserve is keeping a close eye on the nation’s budget for fiscal year 2011. Chief among its interests are funds set aside for student financial aid, which allows greater access for deserving students, and support of scientific agencies, which provide the majority of competitive research grants and programs for Case Western Reserve researchers.

If funded, the projects will support cutting-edge research in imaging, alternative and renewable energy, and antibiotic-resistant infections. The requested funding would also support planning for a pedestrian walkway/bikeway to connect central and west campuses; a pilot project to enhance children’s access to healthcare; and a leadership development program for students interested in community development.

University Officials Present to Cleveland Council
On March 1, representatives from Case Western Reserve gave a presentation to members of Cleveland City Council regarding the university’s positive impact on the Cleveland community. Invited by the newly elected Councilman of Ward 7, T.J. Dow, Case Western Reserve had the opportunity to increase awareness of the university’s many community engagement programs among elected officials.