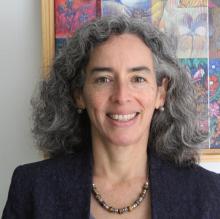 When Francisca García-Cobián Richter arrived at Case Western Reserve from the Federal Reserve Bank of Cleveland in 2015, she brought along with her a program that had been near and dear to her—the Super Saturdays Math Corps. The eight-week program, which originated at Wayne State University in Detroit, takes a team-oriented, mentor-driven and student-teaching-student approach to teach advanced and basic math skills to under-served Cleveland students in grades 7-12. It works to ensure that students feel supported and collectively build a sense of self-worth and family.

The program is supported by the Case School of Engineering and the Leonard Gelfand STEM Center. It is make possible thanks to dedicated Case Western Reserve student volunteers, faculty and staff.

On a personal level, the program dovetails with Richter’s research, which considers the impact that housing and neighborhood quality have on children’s wellbeing. “My involvement with the children and youth of the Super Saturdays Program is a constant reassurance of the power of community and care for each other. It keeps me energized and optimistic for the future,” says Richter.

Learn more about Richter and the Super Saturdays Math Corps below.

Your educational background is in statistics and in agricultural economics—how did you become interested in the research that you're doing now at The Center on Poverty and Community Development?

Growing up in Lima, Peru, I witnessed extreme poverty, but also extreme courage among people of marginalized groups. This attracted me to the social sciences, hoping to help alleviate poverty, but also to address the stigma that people of under-resourced communities face.

Family circumstances brought us to Cleveland and I'm so glad to work at the Poverty Center, where I can continue to learn and contribute to those same issues, although in a different context. I am also part of a group in Lima, Peru, that uses community health promotion to fight tuberculosis.

How did you become involved with Super Saturdays Math Corps?

When I was at the Federal Reserve, a colleague and I were helping to organize a conference session on education and the economy. We learned about the Math Corps program and so we invited the head of Math Corps, mathematician Steven Kahn, to come visit us and we visited his site in Detroit. We realized that the program fostered social and emotional skills found by economists to drive general wellbeing and economic mobility. And we saw that the kids in the program formed a community that supported each other through the joys and struggles of learning math.

What has been the most rewarding part of the program for you?

It’s magical to see the kids discover how uniquely special and capable they are. I am also impressed at the way in which a community of care between kids and Case Western Reserve students develops over the course of just a few sessions. Year after year, the kids say that the best part of the program is team time, where they learn at a level just right for them and under the guidance of our amazing student volunteers.

A few weeks ago, I was at the Math Corps Summer Camp and a student came running over to me to give me a hug. I realized that she was a student of ours who is now at Miami University and serves as a college instructor for the summer camp. It really speaks to the relationships and connections we make with the students over the years.

What do you think is the more rewarding part for students—learning math or the sense of community and support?

Of course the math is important, but really, it’s the relationships. Discrimination in our society translates into false messages that some children can’t do math or that they’re just not as valued as others. So really, the practice of math is a conduit to refute those messages—it’s the environment where everyone supports one another and sees the value in one another, regardless of how we look or how advanced we are in math. It’s this family environment that is incredibly powerful. The kids help me grow and we help them realize their own greatness.