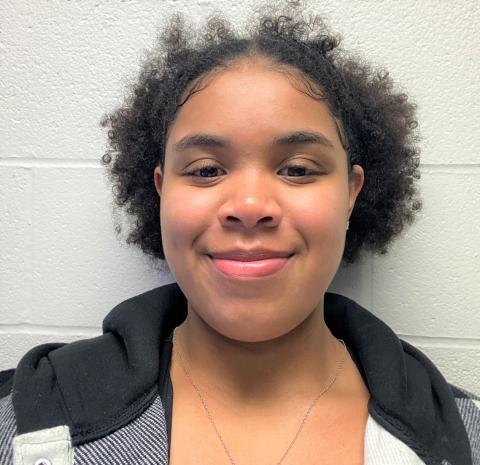 Angel Nieves, a second-year student from Chicago who plans to double major in psychology and cognitive science, participates in Project STEP-UP (Student Tutoring Effort to Promote Utilization of Potential) at Mary M. Bethune PreK-8 School in Glenville, where she volunteers as a tutor three times a week for a fourth-grade class. Angel had no idea when she arrived at Case Western Reserve that this would become such an important part of her experience and that she would feel such a deep connection and sense of devotion to the children she tutors. Read more about Angel Nieves.

Did you volunteer as a tutor back home in Chicago when you were in high school?
No, I didn't do anything like this in high school. This was definitely new for me. I knew that I wanted to be involved in something besides classwork when I came [to Case Western Reserve] and I learned that the program was going to have a meeting. I decided to go and liked what I heard, so I thought I would give it a try.

What is about tutoring that’s kept you going back?
Originally I thought, “If I like it, I’ll stay and if I don’t I’ll leave.” But I ended up getting a teacher that I really liked to work with. She and I were closer in age—she understood that I was a student, so if I couldn't come because I had a lot of work, she would work around my schedule. I think I also had this fear that the kids wouldn’t be well behaved or that they would get out of hand, but the class wasn’t at all like that. I love the different personalities the students brought to the class and how excited they were to see someone come to class who wasn’t their teacher. They get really excited, so I try to be there whenever I can.

How much of your tutoring is academic and how much is offering emotional support?
It’s both, really. I had a student last year who was really struggling with both reading and math and they would get frustrated because it wasn’t clicking for them like it was for the other students. So I worked with the student a lot, pulling them aside and spending time just talking with them. The student was really worried about being promoted to the third grade. When the student was promoted, I was just as excited as they were for themselves. I know that I wasn’t the sole reason that  the student was able to move on, but I also know that there’s value in just having someone to talk to who can reaffirm that you’re not any less than someone else in class.

Has this experience shaped what you want to do after you graduate?
I know that I can’t be a teacher, but I also know that I have a passion for helping children. This experience has validated my plans to go into criminal law and to advocate for victims who are children. Children are so innocent and oftentimes, they have no one to back them. When children are neglected early on, then they have to become adults at such a young age and experience things that other kids don’t. And if there’s no one to guide them and to tell them that there are other paths you can take to be successful, then that impacts how they see themselves and the decisions they make. If you can influence kids early on and start to talk to them about the things they’re going through, then you can have an impact on their future.