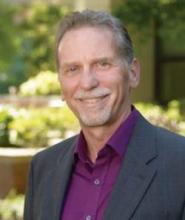 Mark Chupp has dedicated his career to bringing people together who have opposing interests to reconcile, to find common ground, to make peace and to improve communities. He directed the first Victim Offender Reconciliation Program in the United States and he helped to establish the Culture of Peace Program and a UN Local Zone of Peace in post-war El Salvador, among other peacebuilding and conflict transformation efforts. Closer to home, he directs the Community Innovation Network, a resource for communities and practitioners seeking strength-based approaches to community change. At its core, Chupp’s work is about building trust—which, in today’s increasingly polarized times, is an especially worthwhile endeavor. Learn more about Chupp:

What initially led you to do this type of work?

It was a number of factors. I grew up in a conservative Christian household, but then I went to a private high school that had a different, more progressive theology. And that created some conflict for me around religious beliefs and theology. Between high school and college, I felt like I needed break from that strong influence, so I went to Guatemala and I did earthquake reconstruction. That experience totally changed my world view. I lived and worked with indigenous rural communities and I found that a lot of assumptions I’d made about the world were woefully limited and very parochial. I realized that when people come together and work to build relationships across differences, that it has the potential to change the world and change people’s lives.

Some of your research at the Community Innovation Network focuses on citizen power progression. Can you explain what that is in the context of community building?

Oftentimes, there is a disconnect between the expectations of a community and the expectation on the part of a municipality or local government about a public decision that is being made. The local government might have the expectation that “we just want to tell you what we’re doing and we want you to sign off.” But the community may have the expectation that they’ll be asked for their input and that they have an opportunity to be engaged and to actually shape the decision-making. So the citizen power progression is, on the limited end, the attitude of “we’re just giving you information and we want your support” to the other end of “we’re actually going to be joint collaborators and build something together.” The progression is helpful as a tool early on in the process because both parties can have clarity on the rules of engagement, why they’re being asked to participate and what the expectations are.

How do you convince municipalities or local governments that this idea of citizen power progression is a worthwhile effort?

The contrast that I make in the engagement approach is often what I call “DEAD.” So, all too often public officials decide behind closed doors. Then, they go into the community to educate and inform them about what the need is. Then, public officials announce the decision—which is the decision they made before they spoke with the community. And then they spend months defending it. And that’s when things get very messy, very contentious, and sometimes involves lawsuits, fractured relationships and mistrust. So, decide, educate, announce, defend—DEAD.

I say you have to go slow to go fast. If you want to get to a place where there’s community consensus, then you have to slow down in the early stages so that the community owns it and has buy-in. Otherwise, you wind up defending yourself for months afterwards.

How do you educate community members and municipalities on citizen power progression?

Right here at Case Western Reserve, we have created a program called Foundations of Community Building, which is a cohort-based, non-academic training program for university faculty or staff and community members. So we have neighborhood residents, community-based organization staff from surrounding neighborhoods, and university faculty and staff who go through this program together for eight months. And they learn about things like asset-based community development and facilitation so that they all come away with the same set of skills and tools.

But the most significant outcome is the trust that forms within the cohort because we do this in a highly community-building, interactive way. Their bond becomes incredibly strong. We’re trying to find ways to sustain this as a university-wide supported program so that, for example, when new faculty come to the dental school and they’re going to be practicing dental medicine with neighborhood residents, they actually have the opportunity to get to know and build strong trusting relationships with people from the community.

What impact does our increasingly polarized society have on the work you’re trying to do?

I don’t think it’s enough to have this intrinsic commitment to democracy or to citizenship or to every voice counting to sustain this. It’s too discouraging. We all know people who are close to us who view the political situation from the opposite perspective. So, how do we stay in these relationships and how do we stay engaged? It’s a challenge.

What I’ve learned is that as long as people are in their echo chambers and only communicating with people who are like themselves, then we’re doomed. On both sides, people become very discouraged and very fearful because both sides think the other is a threat to democracy.

But when you begin to have individuals in those groups turn towards each other and have an engagement that’s meaningful, it creates a window that enables people to see that there’s a possibility. What’s most important for us is to look for the opportunities and for the people on both sides who are willing to have those conversations. What I would caution is that this has to be focused on dialogue, as opposed to debate. Because the goal of dialogue is not to convince the other party, but to reach a mutual understanding. It’s about trying to understand where someone is coming from, acknowledging that and then respecting that. If we can find ways for that to happen in a civil way where there is actual connection and understanding, then I think people become more hopeful that we can move together as a country. Meg Wheatley says, “You don’t hate people whose story you know.”