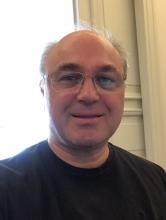 Currently the Director of  New Business Development for Inova Investimentos Ltda, the family office for the Ioschpe Family, Salomao Ioschpe also invests in soybean production and other agricultural commodities in Northeastern  Brazil.

From 2008 until  2017, Salomao was co-founder, President and CEO of Insolo Agroindustrial SA, one of the largest developers of grain farming in Brazil for the food and biofuel industries.  Also, since that date, Salomao served as a member of the Board of Directors for Iochpe-Maxion SA  in  Brazil, a global supplier for the OEM automotive industry.

From  1994 until  2008, Salomao lived and worked in the Greater Cleveland area,  first as head of Iochpe-Maxion ́s North American operations and as CEO of Midland Steel Products Co. (a  Cleveland,  OH-based truck chassis supplier for the North American truck industry), and later as founder and head of BMA Automotive LLC, a consulting firm specializing in automotive projects for international OEM  suppliers in North  America.

From1989 to1994,  he was an executive officer of  Iochpe-Maxion in  Brazil in charge of the Automotive  Electronics division, having been  CEO  of the company ́s  joint-venture business with General Motors-Brazil.

As of June of 2020, Salomao serves as President of the Brazilian Technion Society, a non-profit initiative aiming at garnering support for the Technion Institute of Technology in Israel among Brazilians.  Salomaohas a degree in Economics, Finance, and Political Science from the Institut d’Études Politiques de Paris (“Sciences-Po”)and an MBA  from the  Weatherhead  School of  Management at Case  Western  Reserve  University,  Cleveland,  OH.

Salomao, his wife  Ivana and their three daughters  Bianca,  Maya  and  Anaïs have very fond memories of their almost  15 years in the Greater Cleveland area and have since been fans of the Indians, the Browns and the Cavs.