From a vision to reality

In 1999, the National Cancer Institute identified medical imaging, and in particular cellular and molecular imaging, as a “special opportunity” in the fight against cancer. Based on the strong imaging program in the School of Medicine and the Case School of Engineering, faculty members Jeffrey Duerk, PhD, Jonathan Lewin, MD, and David Wilson, PhD, began discussing coordination of imaging equipment and research in an accessible center. They envisioned the creation of the Case Center for Imaging Research (CCIR), with a goal to always be doing what radiology and medical imaging would look like in the next five to 10 years.‌ Still in 1999, they received $200,000 in donations from Case Western Reserve and University Hospitals, and 10 successful instrumentation grants.

In 2001, construction of the center began, after a $12 million university commitment to faculty startup, renovations, staff and pilot funding. Duerk was named founding director, with Chris Flask named science and operations manager. The CCIR facility opened in 2005. In the years that followed, James Basilion was named interim director.

Today, the CCIR is on a path of expansion. 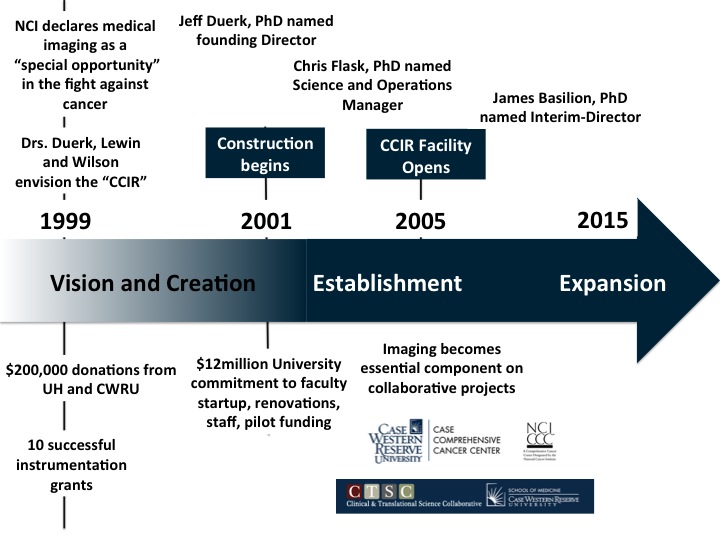