Begun in 2013 as a project to ease pedestrian transit between Case Western Reserve University’s main and west campuses, the 15-acre commons today offers open-air spaces suited to performances, picnics and even quiet contemplation.

Most of all, it is a permanent, living invitation to those beyond University Circle to explore not only the greenway itself but the dozens of arts and cultural institutions that fill the roughly square-mile district.

The bold and compelling project, designed by Sasaki Associates Inc., was the result of a design competition. Sasaki was selected as the winning design firm, and was engaged to further refine the design concept, initially called the “The Great Connector." 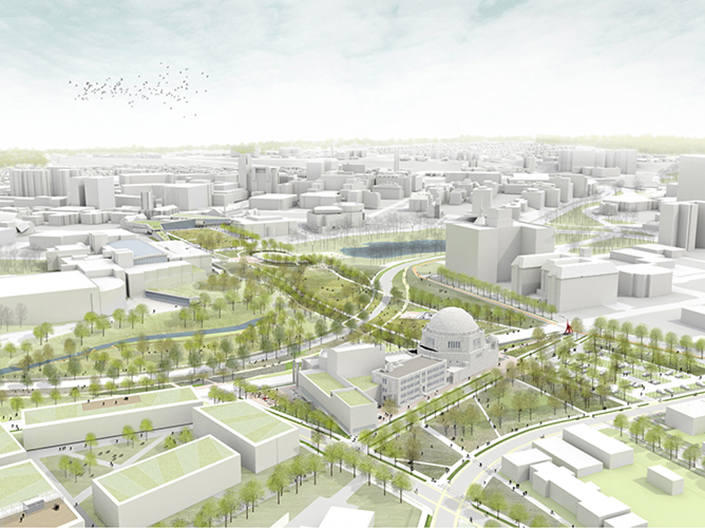 As a primary partner, the Cleveland Museum of Art not only embraced the greenway idea—they added to it. First, they agreed to allow the greenway to incorporate the museum’s Fine Arts Garden and “Fountain of Waters.” From there, they partnered with the Northeast Ohio Regional Sewer District to redirect the flow of Doan Brook just north of the greenway—and also removed a city maintenance building to make way for its own 7-acre landscape project.

“It was an honor to celebrate all of the individuals and organizations responsible for turning this inspiring creative concept into such a lush and welcoming landscape,” Case Western Reserve President Barbara R. Snyder said. “Their collective engagement and support have given our community, city, and region a landmark space expressly designed to bring people together with nature—and with one another.”

At approximately 6 football fields long, the landscape includes a swath of walkways, stairs, picnic terraces, and quaint views. Various tree species can be found throughout the park, with more than 150 mature trees being preserved during construction and 275 new trees being planted, resulting in a net gain of 90 trees.

Technology abounds, but most of it is invisible to pedestrians. Wi-Fi extends across the entire greenway and 360-degree cameras and emergency phones provide security for visitors. All street crossings are equipped with crosswalk warning beacons to maximize pedestrian and bicycle safety. A total of 160 lighting fixtures were installed, providing walkway lighting and dimmable lighting on main lawns. 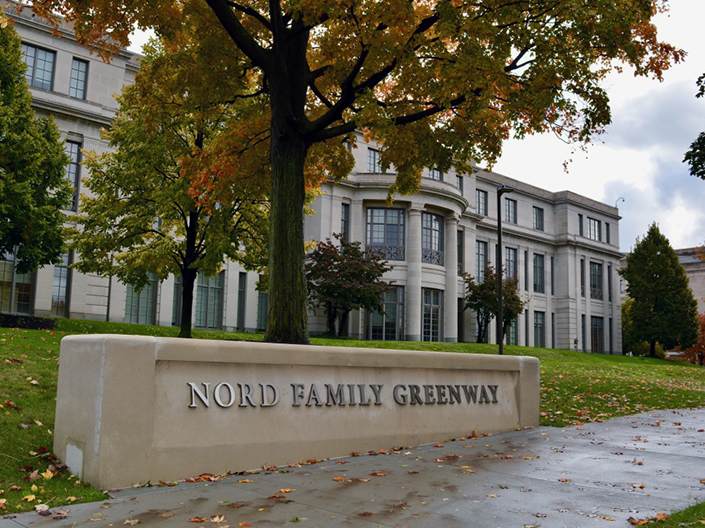 The greenway is a major component of the university's master plan, and also responds to the goals of other area stakeholders. It is designed to be a world-class civic space in the heart of University Circle that will link the historic Hough neighborhood to the west and is intended to have significant positive social, economic, and environmental impacts.

When making your plans, please note that the greenway is not a covered space and does not have restrooms. Neither shelter nor indoor backup space can be provided.  Please plan accordingly. 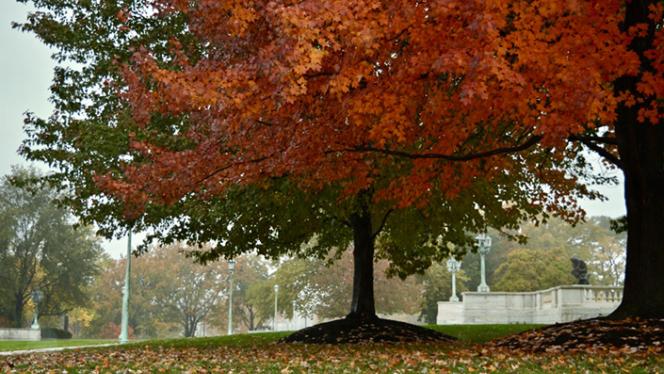 Major donors include long-time university supporters, among them: the family of alumni Jane and the late Eric Nord, who provided the lead naming gift; the family of Curt and Sara Moll, an alumna and trustee; alumna and trustee Toby Devan Lewis; and the Cleveland Foundation. The Cleveland Museum of Art collaborated on the project. Current, powered by GE, provided LED lighting.