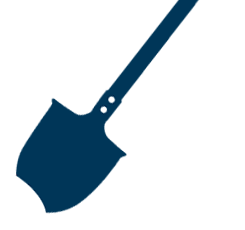 The words “fossil excavation” are likely to conjure up images of Indiana Jones-style adventurers snooping around caves in the middle of a desert, wearing big hats and dusting off ancient remains with little brushes.

Images of a dentist in the throes of such an endeavor might not readily come to mind, but perhaps they should, says dental researcher Mark Hans, DDS, who joined an excavation team in Israel this year to help shed light on how the human head has evolved over time.

The site—a prehistoric Israeli cave discovered in 2010—houses remains of human ancestors who lived between 30,000 and 20,000 years ago and is the largest and potentially one of the most important archeological sites in Israel. Hans is helping to analyze teeth and parts of a skull previously found at the site. Expert dental examination of fossil remains from this era can help settle a dispute about the formation of the human chin—whether it became more prominent as our teeth recessed or if it is an entity that evolved on its own over time.

A wealth of fossils are likely still waiting to be unearthed at the cave, so Hans is making arrangements to have Case Western Reserve dental medicine students join the dig and subsequent analysis in future years.

Read more about what these dentists have to
offer in the field. ›