LOLs May Be No Laughing Matter
Teens who text frequently are more likely to engage in risky behavior. 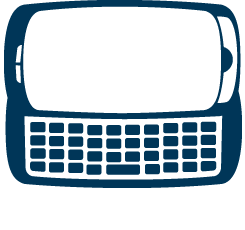 Decoding the meanings behind teens’ text messages is even trickier than you may have thought. Hidden behind the multitude of LOLs and BRBs, the TTYLs and <3s, is a message that is sure to make parents : (

Scott Frank, MD, a family physician and public-health researcher, wondered what we might learn from teenagers’ busy thumbs.

The correlation sends a message to parents and pediatricians: Talk with your teens about their tech habits.

Get more stats about the unhealthy behaviors associated with hyper-texting teens. ›