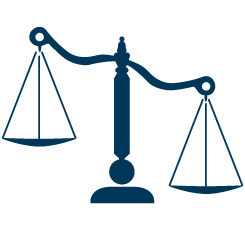 Falling victim to fraud can have dire consequences for a family and the surrounding community. But standing up against such a scheme can be an empowering and rewarding endeavor—not to mention a career-launching moment for future lawyers.

Such a case was taken on by the university’s Milton A. Kramer Law Clinic, and the outcome was better than anyone would have imagined.

A local family turned to students at the clinic and their faculty supervisor, Andrew Pollis, JD, to restore justice after they fell victim to a fraudulent home-repair and financing scheme. The students tried the case before a jury, making it one of the few civil cases the clinic has seen that went to a full-blown trial. The family won a $1.12 million verdict—$9,000 more than the legal team had even asked for. It was the largest award in the clinic’s history and included compensatory damages, treble damages under the Ohio Consumer Sales Practices Act and punitive damages. In addition, the trial judge tacked on $50,000 in legal fees.

The case proceeded for three years, and several Case Western Reserve law students contributed throughout the process. Third-year students Brant DiChiera and Jennifer Hadley represented the clients during the trial.

Read more about the verdict—and how the
experience can help these law students stand out
in the workforce. ›