Codes of Conduct in War? 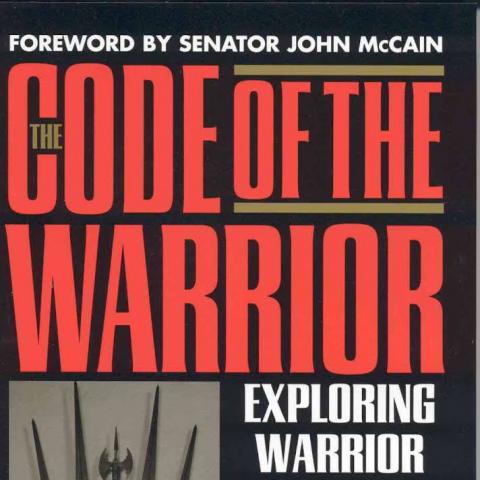 War is a violent and bloody business, but it’s rarely a no-holds barred free-for-all. Instead, codes of conduct that determine what is and isn’t honorable behavior on the battlefield have existed since ancient times.

My guest today explored these various codes in a book she wrote during the decade she spent teaching at the United States Naval Academy. Her name is Shannon French, she’s a professor of ethics and philosophy, and her book is The Code of the Warrior: Exploring Warrior Values Past and Present. Shannon and I begin our conversation with the pointed questions she used to pose to the cadets she taught as to how being a warrior was different than being a killer or murderer, and when killing is and isn’t ethical. She then explains how the warrior codes which developed all around the world arose organically from warriors themselves for their own protection, and how these codes are more about identity than rules. Shannon and I then take a tour of warrior codes across time and culture, starting with the code in Homer’s Iliad, and then moving into the strengths and weaknesses of the Stoic philosophy which undergirded the code of the Romans. From there we unpack the code of the medieval knights of Arthurian legend, what American Indians can teach soldiers about the need to make clear transitions between the homefront and the warfront, and how the Bushido code of the samurais sought to balance the influence of four different religions. We end our conversation with the role warrior codes play today in an age of increasingly technologized combat.

Listen to the interview here