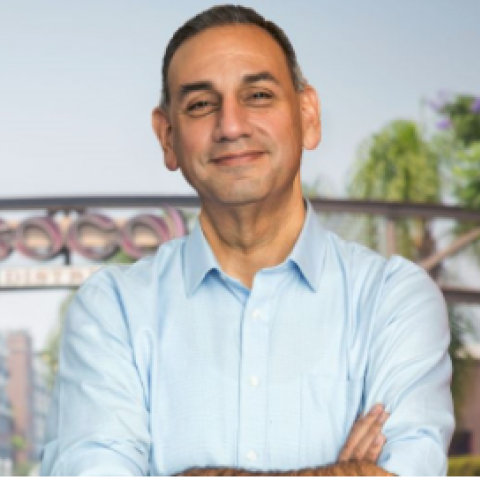 On Feb. 23 the Office of the Provost hosted the third installment in the North Star Seminar series featuring the Honorable Gil Cisneros who discussed the role of society and universities in achieving our common purpose. Cisneros is a philanthropist and former politician who served as the U.S. Representative for California's 39th congressional district from 2019 to 2021.

The 45-minute event featured a conversation with Cisneros, Provost and Executive Vice President Ben Vinson III and Dr. Peter Shulman who is an associate professor in the Department of History and an expert in American politics. During the talk, Cisneros expounded upon his personal journey into congress, improving civic dialogue, the university's role in developing citizen leaders, and lessons learned during his time in congress that can help our country heal.

This event was sponsored by Cuyahoga County Public Library and the Case Western Reserve University College of Arts and Sciences Military Ethics program. Graduates of this course of study, the only dedicated master’s program of its kind in the United States, are able to bring a unique perspective to careers in military service, law, humanities, and public service. Over the course of 12 to 24 months, students immerse themselves in topics ranging from military and professional ethics to leadership and law.