AKZO NOBEL SALT, INC., with headquarters in Clarks Summit, PA, is the largest salt producer in the U.S. and the only exporter of raw materials in Cleveland. The company began production in Cleveland in 1962 as the Intl. Salt Co. Located on WHISKEY ISLAND, it mines salt 1,800' beneath Lake Erie in one section of a tremendous salt deposit more than 40' thick, extending over an estimated 70,000 sq. mi. area under Michigan, New York, Pennsylvania, Ohio, West Virginia, and Ontario. The State of Ohio granted the company a 50-year lease to mine some 5,000 acres beneath the lake in return for payment of $.05 per ton of all salt mined. Construction of the mine began in 1958. The company also constructed facilities for crushing, screening, handling, and shipping the salt. Akzo Nobel Salt uses the room-and-pillar mining method: 45'-wide rooms are carved from the deposit, and 100' pillars of salt are left to hold up the mine roof and overburden. By 1993 the company had mined 6.75 sq. mi., and its mine extended 2.5 mi. out under Lake Erie. 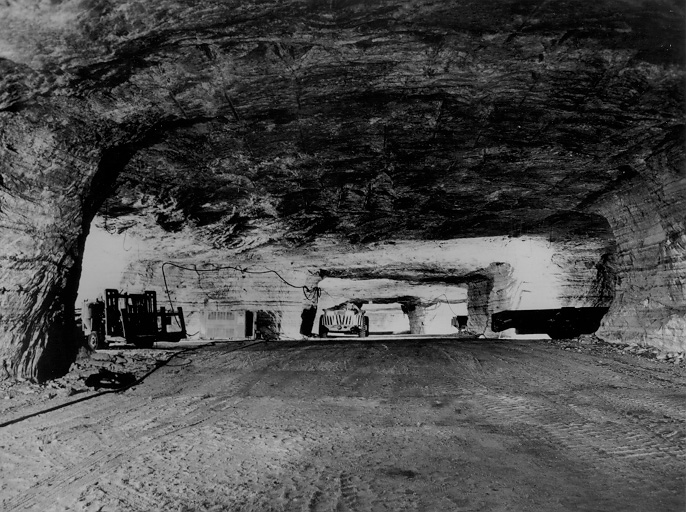 Akzo Nobel Salt had its origins in a mine established in 1884 at Retsof, NY. The company owns and operates mines at Retsof, Cleveland, and Avery Island, LA; evaporated salt plants in St. Clair and Manistee, MI, Watkins Glen, NY, and Akron, OH; and solar salt production facilities in Salt Lake City, UT, and Bonaire in the Netherlands Antilles. Intl. Salt changed its name to Akzo Salt after being acquired by Akzo n.v. in 1968, and presently operates as Akzo Nobel Salt after Akzo n.v. became a business unit of Nobel Industries in 1994. Headquartered in Arnhem (the Netherlands), Akzo Nobel is active in the field of health care, coatings and chemicals products. The company in 2003 had approximately 68,000 employees in more than 75 countries.