The ALI-WEPNER FIGHT on 24 Mar. 1975 was the first major boxing match in Cleveland since the SCHMELING-STRIBLING FIGHT of 1931. The uneven contest matched the reigning heavyweight champion of the world, Mohammed Ali (formerly Cassius Clay), against Chuck Wepner, a liquor salesman from Bayonne, NJ. Because Wepner was not among the World Boxing Council's top 10 contenders, the contest was not sanctioned as a title match, but it was promoted as if it were by the flamboyant local promoter, Don King. The fight, held at the Richfield Coliseum, was preceded by a televised bout between George Foreman and Oscar Bonavena; both spectacles were seen at the Coliseum and 98 locations in Greater Cleveland via closed circuit TV, and broadcast throughout the world.  Carl J. Lombardo, an alumnus of Case Western Reserve University made the fight possible by putting up the money that guaranteed (regardless of the outcome) Ali $1.5 million and Wepner $100,000; ticket prices ranged from $10-$75, and 4,200 were quickly sold. 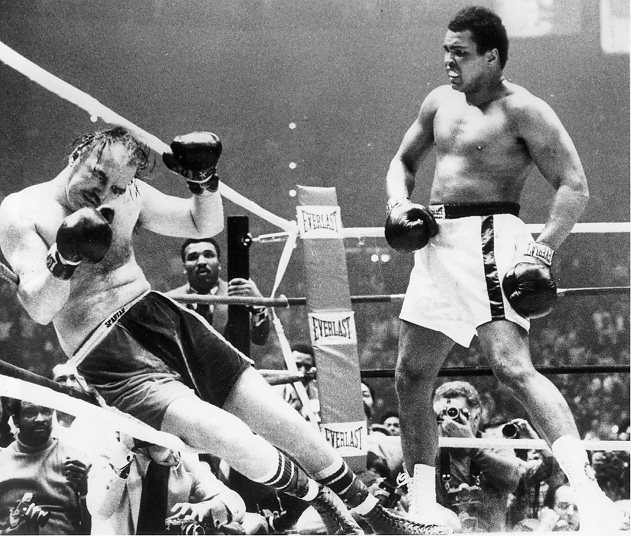 When Ali arrived in Cleveland 10 days prior to the fight, he was out of condition, but he jogged through the Metroparks and focused attention on his religion by underwriting a mosque in the Lee-Harvard area. Before 14,000 fans, Ali employed his game plan for 9 rounds until Wepner stepped on his toe, causing him to fall. Ali turned on his opponent, scoring a technical knockout in round 15, as the referee ended the fight when Wepner obviously was too weak to continue. Wepner was sent to an Akron hospital, while Ali basked in victory.