ANSON, ROBERT SAM (12 Mar. 1945 – 2 Nov. 2020) was a Cleveland-born journalist and author who penned six non-fiction books and scores of articles for magazines such as Vanity Fair, Time, Esquire, Life, and The Atlantic. His pieces focused on wars, politics, and complicated people. His main employer was Vanity Fair, where he was a contributing editor for more than two decades.

Anson specialized in burrowing down to the psychological core of his subjects. One of Anson’s first assignments was to write about boxer Joe Frazier. “I thought this guy was completely out of his mind,” former Time writer Chris Byron said of Anson in a 1995 interview with the Los Angeles Times. “He got in the ring with Joe Frazier, and I think Frazier hit him so hard with the first punch, he got a broken leg or a dislocated shoulder. That guy hit him into the next county. 'Everybody said, ‘Did you hear what Bob Anson did?’”

Born Robert Sam Zimdar in Cleveland, Ohio, Anson was raised by his mother and maternal grandparents, taking their last name after his parents divorced. His mother, Virginia Rose Anson, was a teacher and principal in the CLEVELAND HEIGHTS school system. His grandfather, Sam B. Anson, had a 52-year journalism career, including city editor for all three Cleveland daily papers – the CLEVELAND NEWS, PLAIN DEALER, and the CLEVELAND PRESS, as well as general manager for the CLEVELAND SHOPPING NEWS. His grandmother, Edith (McConville) Anson, was a homemaker. 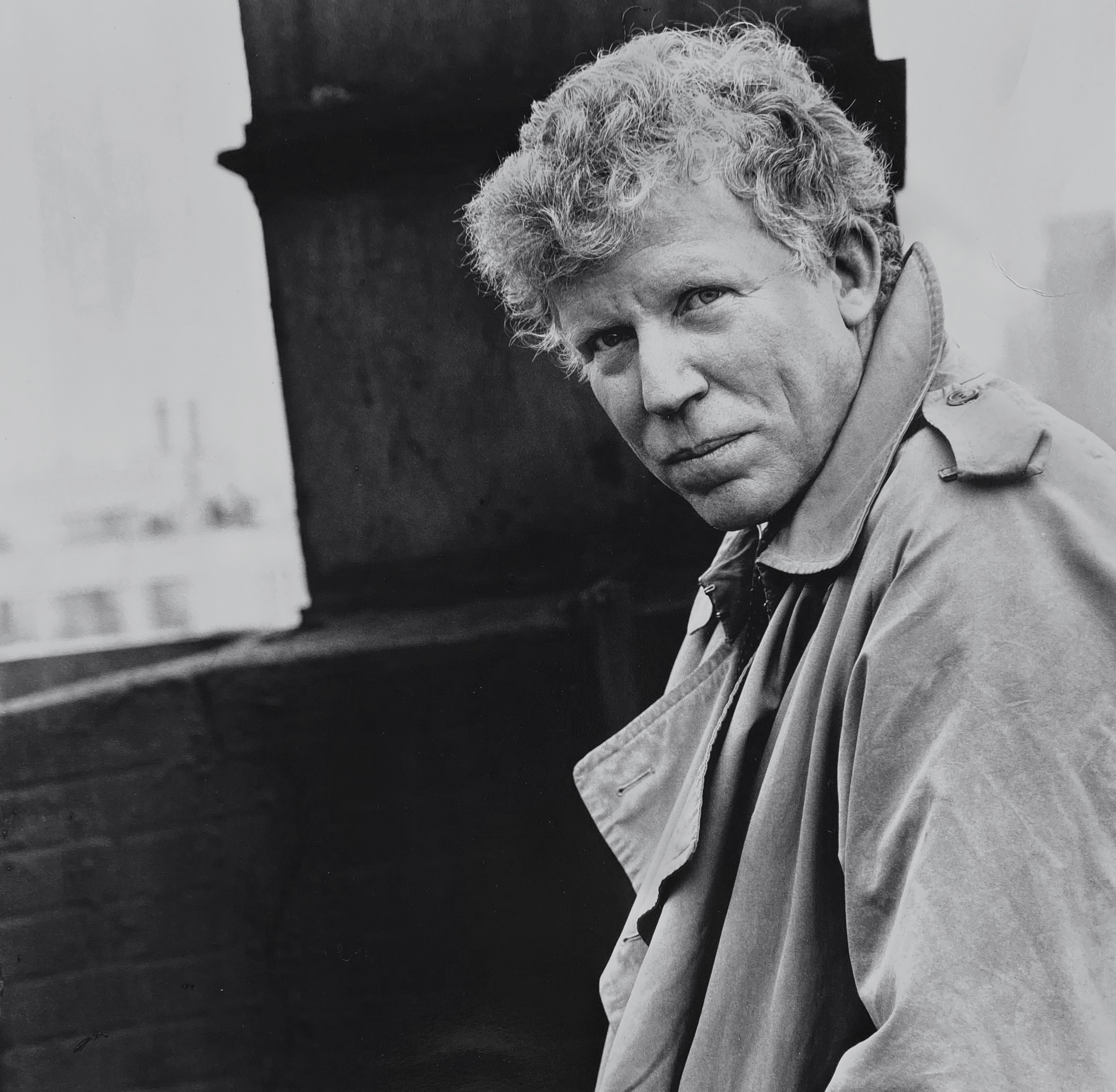 Courtesy of Sigrid Estrada
Robert Sam Anson in 1985. Anson was a Cleveland-born journalist and author who penned six non-fiction books and scores of articles for magazines such as Vanity Fair, Time, Esquire, Life, and The Atlantic.

Anson was expelled from Campion Jesuit High School, a boarding school for boys in Prairie du Chien, Wisconsin, for what he said was his “resistance to idiotic rules.” His punishment for one misdeed was to copy, by hand, Stephen Crane’s “The Red Badge of Courage,” which “proved useful” when he covered Vietnam, he later wrote.

He graduated from ST. IGNATIUS HIGH SCHOOL in 1963 and went on to major in English and International Relations at the University of Notre Dame, where he co-founded the daily student newspaper, The Observer. As a student, Anson delivered editorials on the evening news through the campus radio station. He was highly critical of the VIETNAM WAR and Lyndon B. Johnson, which the university’s administration disapproved of at the time. For his four years at Notre Dame, Anson was a thorn in the side of Father Theodore M. Hesburgh, long-time President of the University. In Hesburgh (2018), a documentary about the life of the educator, Hesburgh said Anson was "the most difficult student" he had ever encountered.
After college, Time magazine hired Anson to work in its Los Angeles bureau covering politics, organized crime, and what Anson described as "a smorgasbord of mayhem," which included the sensational killing of the actress Sharon Tate and others by followers of Charles Manson.

In 1969, just two years out of college, Anson, his 21-year-old wife, 17-month-old daughter and a son of 5 weeks, were in Vietnam covering the Vietnam War as a correspondent in Time magazine's Saigon bureau. In 1970, he was captured by North Vietnamese forces and held for 17 days. One day Anson was thrown into a foxhole with a trenching tool and ordered to keep digging. “My mind was filled with a jumble of things — how I wished they’d kill me on the road so my body could be found; how I’d let down my kids and my wife; how I wanted to be shot in the chest, not the head,” he wrote, “Another soldier moved forward and shouted at me to stop . . . I felt . . . the coldness of his AK being pressed against my forehead. I began saying the Hail Mary. Above me, I heard the metallic click of a weapon being locked and loaded. . . . Then something strange swam into my head . . . the Vietnamese word for peace." 'Hoa-binh,’ I whimpered. Then louder: ‘Hoa-binh . . . Hoa-binh!’ ”

Unbeknownst to him, Time had contacted Fr. Hesburgh. The President of Notre Dame contacted his friend Pope (now Saint) Paul VI, who was able to intervene with Cambodian authorities and arrange Anson's release. It was 15 years before he heard the truth about the behind-the-scenes work of the priest who, several years earlier, had not expelled him from Notre Dame because, in Fr. Hesburgh's words, "I didn't want to give him the satisfaction." In the documentary about his life, Hesburgh recalled an Observer headline, the sting of which stayed with him for his entire life: "Best Thing Fr. Ted Could Do Is Resign."

Anson’s experiences in Vietnam are chronicled his book, War News: A Young Reporter in Indochina (1989). A book review in The New York Times said that “'War News' is the story of a very young man at war, a tale that is told with gusto and excitement and captures a correspondent's almost reckless pursuit of danger - a facet of the Indochina experience that has not been recounted before.”

After returning from Southeast Asia, Anson followed the 1972 presidential campaign, which led to his first book, McGovern: A Biography (1972). It was the authorized story of Senator George McGovern, the South Dakota Democrat who lost that election in a landslide to President Richard M. Nixon.

His other books include Gone Crazy and Back Again: The Rise and Fall of the Rolling Stone Generation (1981), a history of Rolling Stone magazine and its editor, Jann Wenner; Exile: The Unquiet Oblivion of Richard M. Nixon (1984), which examined the former President's life after he left the White House; and Best Intentions: The Education and Killing of Edmund Perry (1987), about a Black honors student from Harlem who was killed by a white police officer in 1985.

In the early 1990s, Mr. Anson was working on a book about the Walt Disney Co. when his publisher, Simon & Schuster, canceled the project. Mr. Anson sued for $1 million, suggesting that corporate overlords pressured the publisher. He settled out of court.

Anson was named editor of Los Angeles magazine in 1995, setting off a tumultuous period in which 17 of the magazine's 19 contributing editors were gone within two months. "Robert Sam Anson is a bull who carries his own china shop around him," Rod Lurie, the magazine's one-time film critic, said. After five months at the magazine, Mr. Anson was fired.

Anson did most of his writing from an Airstream trailer, which he kept behind his house in Sag Harbor, on Long Island’s East End. He pecked out his clear-eyed, fearless prose, story by story, year upon year from the trailer.

As the L.A. Times put it in a 1995 profile, he was among "the last of a breed of broad-shouldered, bare-knuckled, '70s magazine journalists who will chopper into any hellhole on Earth and come back with an epic story."

Anson survived a bout with cancer and became a mentor to other patients at Memorial Sloan Kettering Cancer Center in New York.

On 2 Nov. 2020, Anson, age 75, died at a home he had been staying at in Rexford, New York due to complications from dementia. He was survived by his three adult children: Christian Anson Kasperkovitz and Sam Gideon Anson from his first marriage, and Georgia Grace Anson from his third marriage.