The ASTOR HOUSE was for many years considered to be Cleveland's oldest structure. Although its authenticity was never established, the hand-cut, chestnut-timbered Astor House was generally believed to have been built in the 1780s as a trading post by the Northwestern Fur Co., a venture associated with John Jacob Astor. The Astor House as it appeared in the early 1900s. WRHS. Some accounts attribute its designation as the "Astor House" to MOSES CLEAVELAND and his party of surveyors. It was thought to have been originally situated on the western bank of the Cuyahoga River, near its mouth. Based on various accounts, it is possible that a few structures existed near this location prior to Cleaveland's arrival in 1796, put up by traders or shipwrecked sailors. >, one of the first settlers, reportedly lived in one of these for a year before his own house was built. In 1844 Robt. Sanderson purchased what was considered to be the Astor House from JOEL SCRANTON. Astor House As improvements to the mouth of the river threatened the house's destruction, Sanderson had it dismantled and moved to Vermont & W. 28th St. on the city's the west side, where he used it for several years as a carpentry shop and later as a residence. 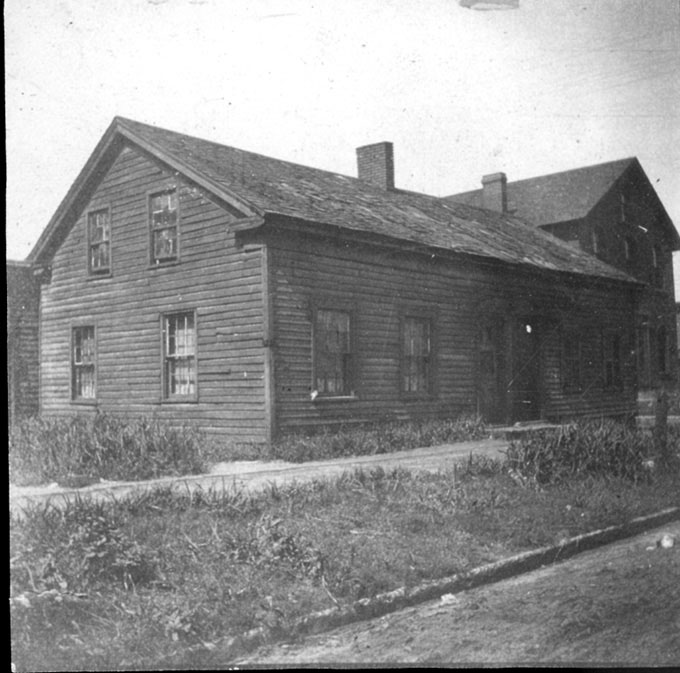 The Astor House as it appeared in the early 1900s. WRHS

By the late 1800s, the Astor House was popularly believed to be the oldest house in Cleveland, and it was moved several times as the city grew. It finally ended up on the eastern edge of EDGEWATER PARK, where for many years it was under consideration as a museum. City officials ignored popular sentiment and ordered it destroyed on 12 Oct. 1922.