BALTO was the sled dog who became a national hero, symbolizing rescue efforts to get supplies of diphtheria antitoxin serum to Nome, Alaska. When diphtheria threatened Nome in Jan. 1925, the city found itself without a supply of antitoxin and, almost completely isolated by the arctic winter, the only means of travel being by dog-sled over the frozen tundra. 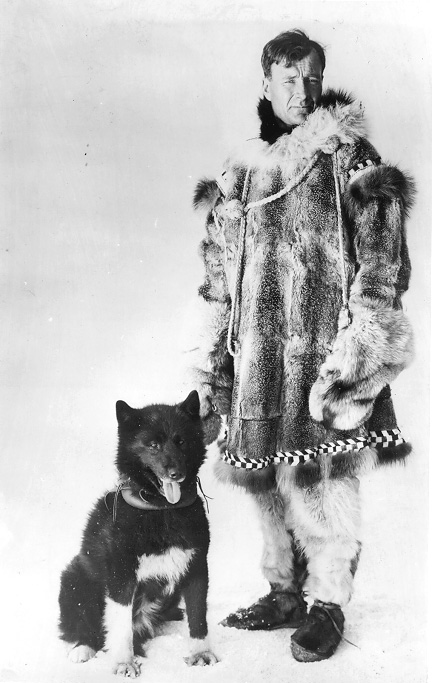 Authorities established a relay system of sled dog teams to transport the serum from Fairbanks to Nome. For six days drivers and dogs struggled against high winds and -30deg. to -50deg.F temperatures. With driver Gunnar Kassan nearly frozen and blind from the weather, it was the lead dog, Balto, who brought the serum safely into Nome on Feb. 2.

While in Los Angeles in Feb. 1927, Cleveland businessman George Kimble discovered Balto and his team being displayed in a "dime museum." Outraged at their degradation, Kimble negotiated to purchase the dogs for $2000. Enlisting the support of the PLAIN DEALER, the Animal Protective League, the Western Reserve Kennel Club, and Judge James Ruhl, Kimble staged a fundraising drive to bring the dogs to Cleveland. Within ten days the Balto Fund collected over $2300 as the whole community supported the effort.

The dogs arrived in Cleveland on March 19, and were given a parade and a hero's welcome before being taken to their home at the Brookside Zoo. A tablet honoring Balto was unveiled at the Zoo on June 19. After Balto's death on 14 Mar. 1933, his body was mounted and presented to THE CLEVELAND MUSEUM OF NATURAL HISTORY.

Ungermann, Kenneth. The Race to Nome: The Story of the Heroic Alaskan Dog Teams that Rushed Diphtheria Serum to Stricken Nome in 1925.

Standiford, Natalie. The Bravest Dog Ever: The True Story of Balto.