BOOTH MEMORIAL HOSPITAL originated as the Rescue (est. 21 Mar. 1892). Col. Mary (Mrs. Henry) Stillwell of the SALVATION ARMY converted a home at 5905 Kinsman Rd. into hospital quarters to house ostracized young women, some of them unwed mothers. The home came under the supervision of the Army's women's social-service department in 1902 and expanded its building in 1904. By 1907 the Rescue called itself a maternity home, housing only unwed mothers. The name changed to Booth Memorial Home & Hospital in 1923 (in honor of the Army's founding family). On 16 April 1930 the home moved to expanded facilities at 1881 Torbenson Dr., E. CLEVELAND; the Army's MARY B. TALBERT HOME (for African American unwed mothers) took over the old building. Booth added delivery rooms and nurseries in 1953, and 50 more beds 5 years later. 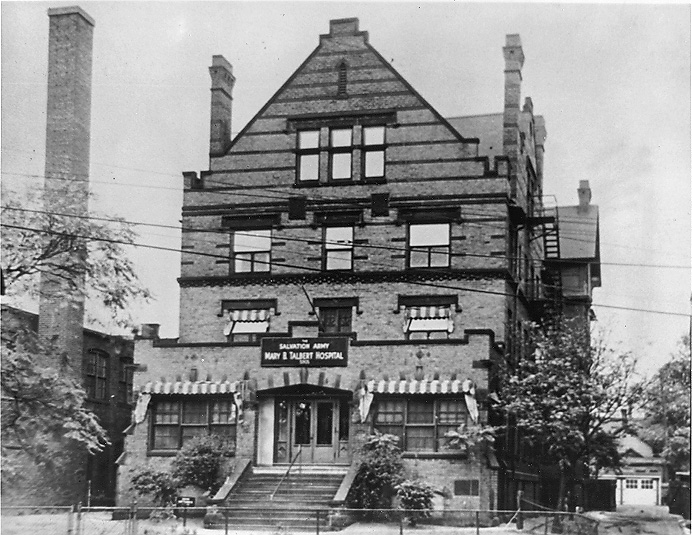 In 1966 Booth created the Booth-Talbert Clinic at 6010 Hough Ave., near the former Talbert Home. Its outreach program included hospitalization at Booth Memorial, accredited school classes, counseling, day nurseries, follow-up medical supervision, and VISITING NURSES ASSN. referrals. In 1977 Booth opened the Home-Life Birth Ctr. adjacent to the hospital. One of the first units of its kind in the U.S., the program emphasized natural childbirth in a homelike environment, with family participation.

With only 18 residential beds filled by the 1980s, Booth was the city's last such facility for unmarried mothers. In May 1987 the home announced that it would close 31 Oct. due to financial problems. Cleveland Metropolitan General Hospital (see CUYAHOGA COUNTY HOSPITAL SYSTEM) purchased Booth later that summer, however, and continued to operate it as part of its county Maternity and Infant Care Project. MetroGeneral closed Booth Hospital for Women in 1992.