CATARACT HOUSE, a popular hotel, restaurant, and hostelry, was a landmark in the NEWBURGH area for many years. Located on the falls or cataract of MILL CREEK (near the current intersection of Broadway and Warner Rd.), the hotel was built in 1840 by Wm. Bergin and was a favorite local eatery, meeting place, and stopping place for visitors to Newburgh. When the wooden structure burned to the ground in 1852, the town gave Bergin the money to rebuild, and a new, more fire-resistant, 3-story brick structure was constructed on the site. 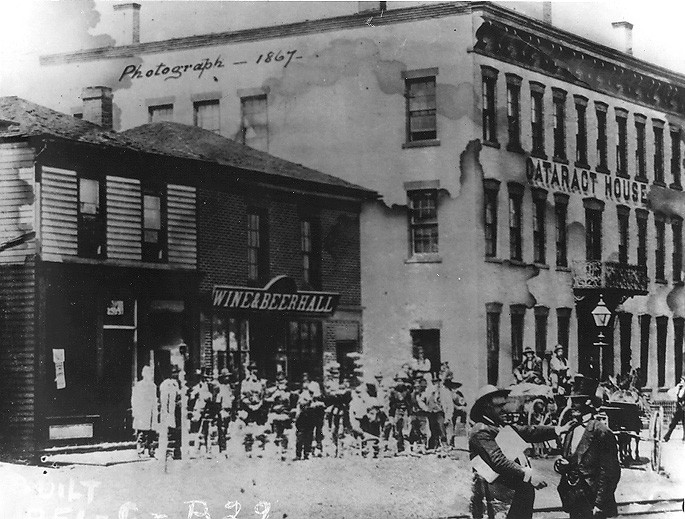 Beginning in 1852, the hotel was the site of balls and other festivities which the new owner promoted by encouraging guests to take the train to Newburgh for the affair and return home the next morning. The idea caught on; in the 1860s, the Cataract House provided transportation from the "dummy railroad" station to the hotel. In 1905 the Pennsylvania Railroad bought the site of Cataract House in order to level the falls and reroute Mill Creek for a new right-of-way. The hotel, however, continued to operate until ca. 1917, when the building was renovated for the South End Motor Co. The Cataract House premises were razed in 1931.