CENTRAL MARKET, one of Cleveland's oldest markets, dates from Oct. 1856 when CLEVELAND CITY COUNCIL approved a market site at the intersection of Ontario, Woodland, and Broadway. The following year the council moved the Michigan St. Market there and built a markethouse completed by the city on 14 Sept. 1867. Although the Central Market was well patronized with over 200 tenants, it became antiquated, lacked sanitary facilities, and was declared inefficient as early as 1890. The markethouse continued to deteriorate and was cited as a traffic, safety, and health hazard. In 1946 a $1.35 million bond issue was approved to build a new markethouse. However, the administration of Mayor THOMAS BURKE did not expend the funds and in Dec. 1949 the markethouse was destroyed by fire. The bond money was used instead to renovate the WEST SIDE MARKET. 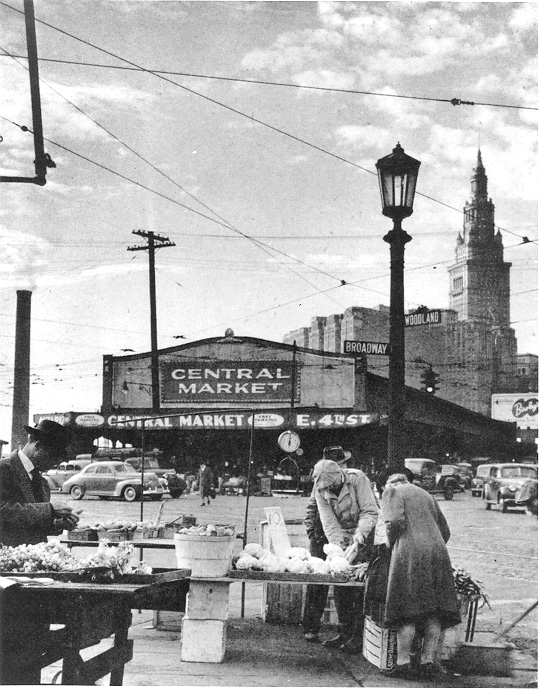 The former tenants of the market, aided by former senator Frank E. Bubna, incorporated the New Central Market, Inc. which leased the old SHERIFF ST. MARKET on E. 4th St. and Bolivar. It opened on 30 Mar. 1950 with 171 stands. However, the market was continually plagued with financial problems. By 1981 it had fewer than 40 tenants, primarily serving the city's poor. The market was sold to the Greater Cleveland Domed Stadium Corp. in 1986 and two years later the tenants moved out. After the domed stadium plan failed to materialize, the Central Market building was razed and the land became part of the Gateway project.