The Benjamin P. Forbes Chocolate Company has manufactured Forbes Chocolate in Cleveland, Ohio since 1901. After working for Milton Hershey, Benjamin Forbes began an empire of his own called Cleveland Chocolate Company in 1896. Forbes first day of business on March 12th 1901 began operating from Seneca Avenue in Cleveland, Ohio. By 1913, the name was legally incorporated as the Benjamin P. Forbes Company and the company had moved to 5100 Superior Avenue. Over the years the continued growth of the company would have Forbes Chocolate relocate once again to Euclid Avenue and E 66th Street, and again to 2000 West 14th Street. 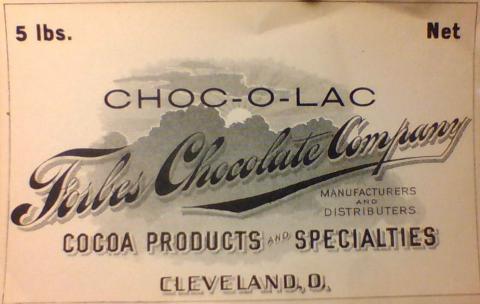 In the 1920’s a special patented powder mix became the key to the company’s multi-generational success. Forbes powder mixes were originally used as a syrup replacement in standard chocolate recipes. Since then, a wide variety of patented powder mixes have made their way into desserts of all kinds across North America. From mocha, to strawberry, vanilla, orange cream, root beer, banana and mango flavor powders- Forbes powders are used nationwide in ice creams, syrups, chips, extracts, and more.

Benjamin Forbes’ success in the Chocolate industry allowed him a platform to pursue other interests of his. Starting in 1955 Forbes began releasing a monthly newsletter which offered readers “A monthly reminder that the game of life is the best game of all, and those who play it most successfully are friendly, helpful inspiring human beings”. This newsletter called “Quality First Forbes Facts and Fancies” was focused on promoting “neighborliness and goodwill”, a personal touch that was not lost by Forbes customers or community. In “Forbes Facts and Fancies” the company detailed their international travel to visit the cocoa bean growing wild- these experiences triggered philanthropic ventures and a deeper appreciation for cocoa. 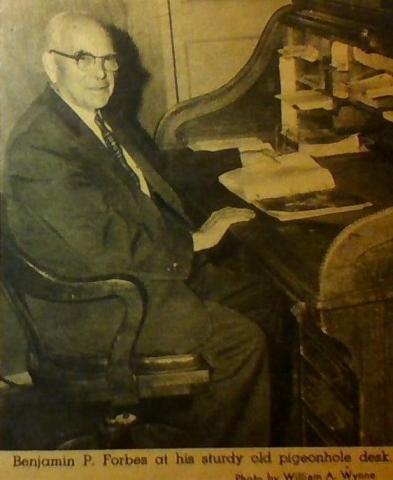 After Forbes’ death at age 103, the company was passed onto his son in 1976. Longtime employee of over 40 years Darwin Geringer, purchased the company after a decade of ownership under Forbes junior. The Geringer family continues to develop and expand the company. At its current location at 800 Ken Mar Industrial Parkway Broadview Hts, OH 44147, Forbes Chocolates continues to innovate their field. Their use of state of the art Industrial Mixers and Shaft Seals give Forbes a notable standard in efficiency. This standard has been celebrated by many. Winners of the 2018 Food Quality and Safety Award, Forbes is recognized for a clean and efficient product. Socially, Forbes is recognized for supporting the Akumanyi Foundation for at-risk youth in Ghana, where their cocoa beans are sourced. Nationally, Forbes sponsors college scholarships in the field of Agriculture and Dairy.